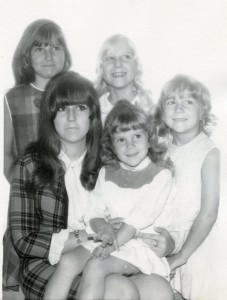 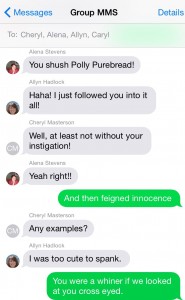 The Case For Unusual Names 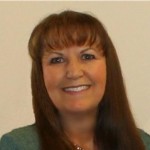 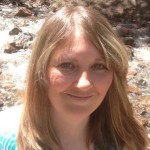 As I was working on my family history this week, I find myself, once again, running into brick walls. These walls were not created by the normal lack of information in Ancestry or any other source that I use, but rather too much information. How could that be, you might ask. Well the problem is that in my family as in many families, there are certain names that were well liked and used often. I realize that handing down a name is usually a show of love and respect for the person from whom the name originated, but in the Spencer family they went a little overboard. There are so many people with the same names, that it becomes totally confusing.

In one family whose dad is named Thomas, and the family had ten children, there would usually be a Thomas among the children. Now that makes sense to me, but when those ten children had children, invariably there would be one Thomas from each child. So now, you have a total of twelve Thomases is the family. If each of those ten grandsons names Thomas had ten children and had a Thomas among them, you would now have one hundred and two Thomases. If the next generation continues the tradition…well, you get the picture. It is a family that is overrun by Thomases. Now, add to that the fact that names like John, Robert, William, Allen, Thomas, Michael, and Christopher, were also names that were prevalent, and remembering this family’s love for passing down names, and you can see how hard it would be to find the right one, when you are looking for a specific connection.

No wonder my parents chose to give their children names like Cheryl (the least unusual name among us), Caryn, Caryl, Alena, and Allyn. While I have come across other Karen Spencers and other Caryns in general, I have yet to find another Caryn Spencer or Caryn Schulenberg. Now, I don’t say that it is impossible, and I realize that down the road a ways, there could be another, but it is rather unlikely. When I had children, I followed the tradition of my parents on my oldest, child, Corrie, but not on my youngest child, Amy. Still, with their last name being Schulenberg, I never found another one. They have both long since married, and their last names are a bit more common, so it is possible for them to find another Corrie Petersen (although probably not spelled the same) or Amy Royce (which I have found).

Corrie broke from tradition, and named her sons common names, Christopher and Joshua, but the last name spelling could still make it easier from an genealogy perspective, but Amy stayed with the tradition by naming her children Shai and Caalab. While Shai has found another person with a similar name, the last name was spelled Royes. She has found other Shais in general, because it is a more common name in Hebrew, but in her realm of the genealogy world, I doubt she will find another one, unless she passes the name down. Caalab will be hard pressed to find another one too, unless he passes down his name as well…simply because of the unique spelling of his name. There may be other Caleb Royces in this world, but probably not another Caalab Royce, unless he is a son or grandson of this Caalab.

I think that most of us, who have unusual names, really like that fact, because it makes us unique. And from a 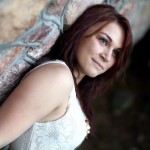 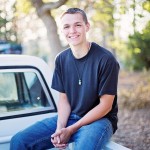 genealogy standpoint, the future searchers for their family history will likely be grateful for those unusual names, because it is much harder to end up with the wrong one in your family tree. People don’t have to figure out which Thomas, Robert, or Christopher this one is. Periodically, I have wondered what it would be like to have a more common name like Karen Smith or something, but I have always decided that I really like my unusual name…both of them in fact. They are what makes me quite unique, and in the family tree, people know they have found me, because I am the only me that exists.