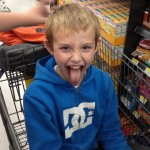 My Grand Nephew, Easton Moore, who is the youngest son of my niece Machelle and her husband, Steve, is having his tenth birthday today. Turning ten, is a big deal to Easton, as it is with most kids. He is leaving the little kid days of a single digit age behind, and moving on into the much more grown up days of double digit ages. Nothing could be more important to a guy than that!! After all, it is the beginning of so many new phases in his life…right??

Well, it is…but those new phases can seem a little bit daunting too. Many kids at this age, think it’s babyish to say things like, “I love you Mom!” For Easton, that could be a problem, because one of his favorite things is to sit on his mom’s lap when she sits down to watch television, and then tell her that he loves her about every 5 minutes. I hope that is something that Easton never allows to bother him. My grandson, Caalab is like that, and even though he is going to be 17 this summer, he still gives me a 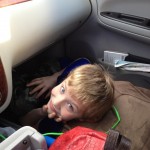 hug and tells me he loves me…and he is very macho, so don’t worry about that, Easton, ok.

Easton is not sure he likes having his own room either, and he can often be found sleeping on the floor in his brother’s room. Again, that is not too unusual at this age, especially since he and his brother shared a room until recently. That is a problem he shares with his Aunt Susie, and seems to happen when the younger child finally gets their own room. The older one shared until they were old enough not to be bothered by that aloneness. Time will cure that little problem.

One thing Easton definitely doesn’t miss is being in the back seat of the car. He is now big enough to no longer require a booster seat, so he finally gets to ride up front with his mom…and now she is the one who finds that odd. I’m sure that Easton loves being closer to the radio, so he can turn it up when his favorite song, “Life is Beautiful” by Sixx AM comes on. Of 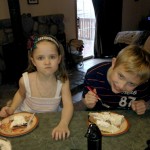 course, he is into anything Zombie, like his favorite movie, “I Am Legend” and his favorite game, “Walking Dead”, both of which I will leave to him, since I don’t like zombies or vampires or walking dead people…at all!!

Basically, Easton is a goofy kid, even if he is 10 years old now. He likes to make all the faces that are so in style these days and pick on those around him, like hiding on the floor of the car so he can scare the person getting in. He likes to pick on his cousin, Kaytlyn too…but I’m not sure she finds that very amusing. Today is Easton’s tenth birthday. Happy birthday Easton!! We love you!! Have a great day, but quit growing up so fast, ok!!