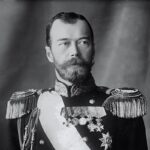 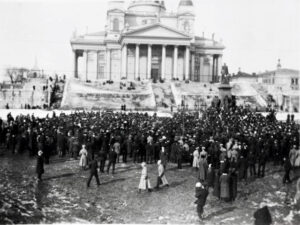 There are different kinds of governments, some good and some bad. The problem these days is that people are confused about which one is the best. On April 13, 1918, the people of Helsinki, Finland were not among the confused. They had lived under a capitalist government, and they had lived under a socialist government, and there was no doubt in their minds that they did not want to live in socialism any longer.

Finland had been under Russian rule since 1809. With the upheaval in Russia in 1917, which included the abdication of Czar Nicholas II in March and the rise to power of Vladimir Lenin and his radical socialist followers, the Bolsheviks, in November, Finland decided to declare its independence in December, 1917. Unfortunately, conflict broke out almost immediately between radical socialists, who were supporters of the Bolsheviks in Russia, and the anti-socialists within the government. In late January 1918, the radical socialist Red Guard launched a rebellion, terrorizing and killing civilians in their attempt to spark a Bolshevik-style revolution. It reminds me of the riots because of the left’s push to socialism in this country. The Whites (as government troops were known) under the command of Baron Karl Gustav Mannerheim found themselves in a bitter struggle to drive the Red Guard (as the Bolsheviks and socialists were known) out of Finland.

On April 3, 1918, German troops who had been sent by Kaiser Wilhelm II, landed in Finland to aid Mannerheim’s White army. Germany had made an agreement to support Finland and its newly declared parliamentary government. German troops, alongside Mannerheim and his force of 16,000 men, fought to take back control of Helsingfors (Helsinki) from the Red Guard, an army of Finnish supporters of the Russian Bolsheviks, on April 13, 1918. That victory was followed by another in Viborg by the end of the month. Another major victory by the Germans and the White Finns took place at Lahti on May 7, 1918. It was that battle that ended the Finnish civil war.

Germany’s close ties with the emerging Finnish government reached a new level in October 1918. Conservative forces in Finland decided to establish monarchal rule in the country, giving the throne to Frederick, a German prince, in the remaining weeks of World War I. However, Kaiser Wilhelm himself had abdicated by the time the Central Powers appealed for an armistice one month later and it seemed certain that the victorious Allies would not look kindly upon a German prince on the Finnish throne, so Frederick abdicated on December 14. The Treaty of Versailles, signed in June 1919, recognized Finland’s hard-won independence. That July, the Finnish parliament adopted a new republican constitution, and liberal Kaarlo J Stahlberg, was elected as the country’s first president. 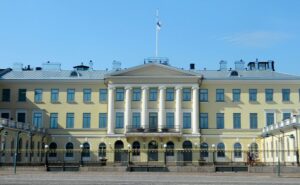 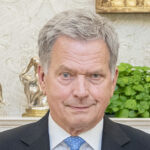