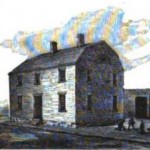 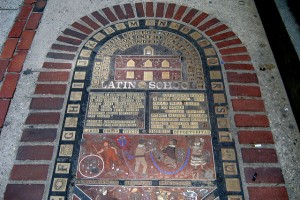 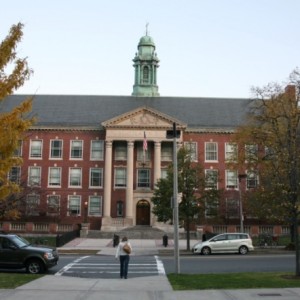 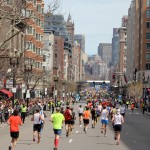 Running for exercise has not always been as common an occurrence as it is these days. Before machinery, cars, and other modern conveniences, people walked to many of the places they went, and so the thought of specifically walking or running to get exercise was pretty foreign. Nevertheless, there were races, and sporting events, so it wasn’t unheard of to run or walk for exercise. Most people have heard of the Boston Marathon…especially after the bombing that took place there April 15, 2013. The marathon has been a runners biggest goal since its first event, held on April 19, 1897. The marathon was an event that came from the dream of Boston Athletic Association member and inaugural US Olympic team manager, John Graham, who was inspired by the marathon at the first modern Olympic Games in Athens in 1896. He immediately set out to bring the race home to the United States. Graham enlisted the help of Herbert H Holton, a Boston businessman. They considered various routes, before a measured distance of 24.5 miles from the Irvington Oval in Boston to Metcalf’s Mill in Ashland was eventually selected.

Fifteen runners started that first race, but only ten would finish. The winner was John J McDermott, who finished with a time of 2 hours, 55 minutes, and 10 seconds. McDermott was sponsored by the Pastime Athletic Club of New York City. He took the lead from Harvard athlete, Dick Grant over the hills in Newton. He did walk several times during the final miles, but still won by a comfortable margin of 6 minutes and 52 seconds. He had only won one other marathon in the United States…the previous October in New York City.

As most people know, a marathon is normally 26.2 miles, and the original Boston Marathon was only 24.5. That was changed in 1908 so that it would be in compliance with the rules of a marathon. The marathon was originally held on Patriot’s Day, April 19, a holiday that commemorates the beginning of the Revolutionary War. When Patriot’s Day fell on Sunday, the race was held the following Monday. Then when Patriot’s Day was made a Monday holiday in 1969, the Boston Marathon moved with it, and it has been that way since that time.

Originally, women were not allowed to run in the Boston Marathon, which made a lot of women angry. That rule finally changed in 1972, but not without a few missteps first. In 1966, Roberta “Bobbi” Gibb decided to fight the system. She became the first woman to run the entire Boston Marathon, but had to hide in the bushes near the start until the race began. In 1967, Kathrine Switzer, who had registered as “K. V. Switzer”, was the first woman to run with a race number. Switzer finished even though officials tried to physically remove her from the race after she was identified as a woman. In the fall of 1971, the Amateur Athletics Union permitted 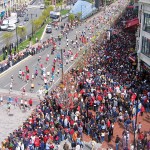 Exercise has become a regular part of the lives of many people these days, whether they walk, run, bicycle, or some other form of exercise. While I can’t imagine myself running in a marathon…or any other race, I could see myself walking such a distance. Once you get started with exercise, it can become very addictive, and that’s ok too.