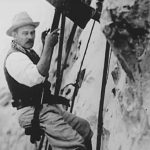 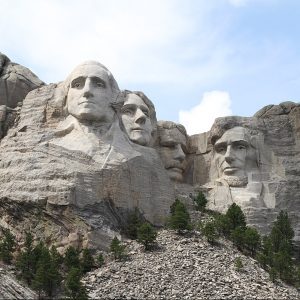 Every year, my husband, Bob and I go to the Black Hills to go hiking and just to enjoy the area. It’s close to our home in Casper, Wyoming, and it just never gets old. Our favorite tourist site there is Mount Rushmore, and we try to stop in there every year. Mount Rushmore is such a special place, filled with patriotism and honor, but there are things I didn’t know about this, my favorite monument.

Gutzon Borglum was an amazing man. He designed and built Mount Rushmore between the years of 1927 and 1941. During the years of work, no one was ever killed, a credit to the safety measures put in place by Borglum. Originally the monument was planned as a tribute to the wild west, but Borglum had other ideas. Personally I like his ideas much better. A tribute to patriotism and honor is a much more fitting idea. The presidents Borglum chose were representative of specific aspects of history. His original plan was to carve the figures of these four men from head to waist, but with Borglum’s March 6, 1941 passing, came the beginning of the end of the monuments carving. Borglum’s son took over the carving, and at first it continued as normal, but the beginning of World War II greatly hampered things, and the monument was declared finished on October 31, 1941. Not only were the bodies of the presidents never finished, but Lincoln’s ear was also never finished. Somehow, Lincoln’s missing ear was something I never really noticed.

About 90% of the monument’s carving was done with dynamite. The dynamite stripped off the rough outer layers of stone, and then the minute details were finished by hand. In all, the workers blasted away more that 450,000 tons of rock. If you look below some of the viewing areas at the base of the mountain, you can still see the drill holes in the rock that was blasted away. It’s quite interesting to see how it was done. In all there were about 400 works who carved the mountain, being paid a modest wage of 45 to 75 cents an hour, for their 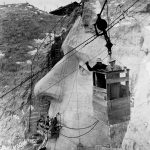 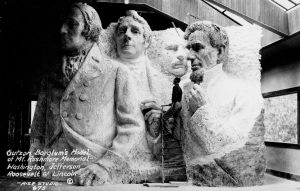 extraordinary efforts. These days he probably couldn’t have hired any workers for that wage, but those were very different times. These men worked very hard doing grueling work and didn’t complain. I believe they could see the vision of their boss, and I think most were proud to be a part of such an amazing project. In many ways, I wish the project could have been finished. I think the final design would have been an amazing work of art. Nevertheless, I love the mountain monument, finished or not. 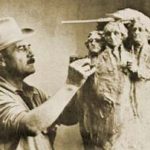 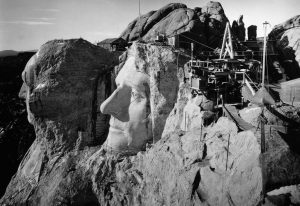 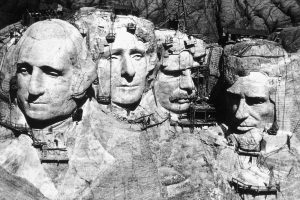 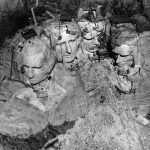 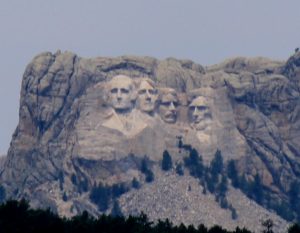 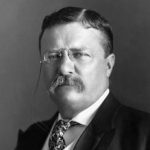