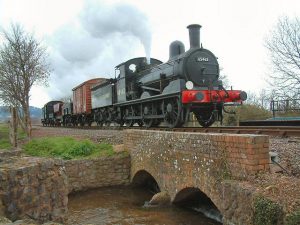 Trains have changed over the years, partly because of new innovations, and partly out of necessity. In July 1883, TW Worsdell designed the Class Y14 train for both freight and passenger duties. It was a veritable “maid of all work” that was probably considered the greatest train of all time…until the next great came along anyway. These trains were so successful that all the succeeding chief superintendents continued to build new batches down to 1913 with little design change, with the final total being 289 trains. During World War I, 43 of these engines were in service in France and Belgium.

The men who built these trains became so skilled at their work, that on December 10 – 11, 1891, the Great Eastern Railway’s Stratford Works built one of these locomotives and had it “in steam” with a coat of grey primer in 9 hours 47 minutes. That feat remains a world record. The locomotive then went off to run 36,000 miles on Peterborough to London coal 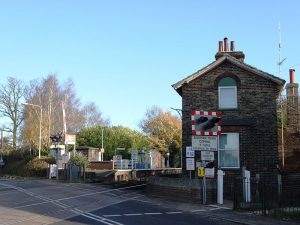 trains before coming back to the works for the final coat of paint. I guess paint was not a necessity, but rather that the train be viewed by many, so as to show the great accomplishment of the builders. The train lasted 40 years and ran a total of 1,127,750 miles…proving the workmanship of the builders.

Because of their light weight the locomotives were given the Route Availability (RA) number 1, indicating that they could work over nearly all routes. Steam engine trains are generally safe, and still used to this day, although not in modern transport situations. Still, they can pose a problem in certain situations. Just like boilers in homes and commercial buildings, too much pressure that is not alleviated presents a huge danger. 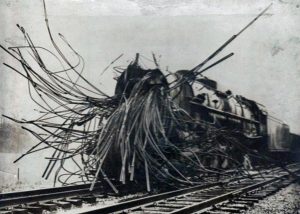 stopped at a signal on the Ipswich side of the level crossing awaiting a route to the Felixstowe branch. While waiting, the the boiler suddenly exploded, killing the engineer, John Barnard and his fireman, William MacDonald, both based at Ipswich engine shed. The boiler was thrown 40 yards forwards over the level crossing and landed on the down platform. Apparently the locomotive had a history of boiler problems although in the official report the boiler foreman at Ipswich engine shed was blamed. I’m not sure how that could have been justified, but times were different then. The victims were buried in Ipswich cemetery and both their gravestones have a likeness of a Y14 0-6-0 carved onto them.