When it comes to being spacey, kids take the cake. As a child, I remember telling my mom that I couldn’t find something, such as shoes, books, and homework, to name a few. Mom would always say that we needed to go look for it, and “Don’t walk around looking at the ceiling!” Her point was that it obviously wouldn’t be up there, or where ever else we were scanning in such a manner, and it was time to really look. It was really a laziness way to look for something, hoping that if Mom thought we had tried, she would come and really look for it. It seldom worked, and when she found it quickly by really looking, you could bet the next time she helped was a long way off.

One of the funniest things kids do is to look for something that they already have on, or in their hand. We have all done this one…and it is one of the spaciest things to do. It’s like saying, “Where is my cell phone?” only to be told that it is in your hand. Now, that’s embarrassing!! This one happened to my daughter, Amy when she was a little girl. She was getting dressed, and started looking all around for something. I asked her what she was looking for, and she told me her shirt. When I said that she had it on, she was totally surprised, and I laughed for quite a while about that one. It still makes me laugh.

Of course, kids aren’t the only spacey people around. How many times have you seen someone looking for their keys or their glasses only to find that they are carrying the keys in their hand, and their glasses are sitting on top of their head, or hanging on a lanyard around their neck. Of course, when that is pointed out, they are always embarrassed, because that makes them as spacey as the kids. For the adults, I suppose it is just because we have our minds on so many other things, but it still feels like we should be a little more organized. And speaking of organization…don’t get me started. How many times have you put something important in a safe place so it doesn’t get lost…only to find that you can’t remember just where that safe place was. You search and search, and finally find a way to replace it. Then you remember where you put it…of course.

I think that as people get busier they forget things more often, and by the time the retire and aren’t so busy anymore…then for many, the memory isn’t so great, so the whole problem gets worse…my mother-in-law, for example. We had the worst time with her glasses for a while, only to find out that she was giving them away to “help” one of the other residents. It was a nice gesture, but a little pricey. So we had to get her a lanyard, so she couldn’t take them off so easy. It just goes to show you that when it comes to spacey…kids don’t corner the market. Everyone has the opportunity to do this at any time. 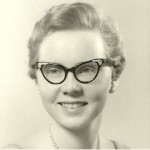 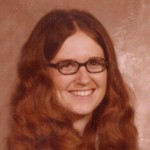 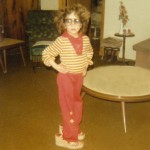 Long before there was such a thing as a Diva, my niece Chantel was one. That little girl posed for every shot of the camera, and even if no one was taking a picture. It was just second nature to her. She was posing before she could walk. Chantel was a teeny little girl, who still only stands 4’10” and she is a mom. So those days she was just the cutest little Diva there ever was.

It’s funny how some people are just born with style, and they really don’t worry about the current trends, they just wear what they like. That was and always has been how Chantel is, and since she is a fashionista, she need not worry about it anyway. I must admit, however, that when she was younger, her idea of fashion was a little different than what I would have worn, but that is probably pretty normal, considering that I am her aunt, and not the same age or even close.

There was also the whole game of dress up, which we all know little girls love to play, and those outfits, like this one, can be pretty comical…especially the wearing of the adults glasses or sunglasses. They look for funny on those little teeny faces, but as we all know, they are the finishing touch to the whole ensemble!! And what outfit is complete without the heels. I mean really, a girl has to look amazing for her adoring fans…right!! And if you are liked Chantel, who is very short, those heels help put you in the height category of the big kids…very important, you know!!

Chantel will always be one of those people who doesn’t even have to try to take a great picture. It all just comes naturally to her. She is very photogenic, and enjoys having her picture taken too. Yes, Chantel always was and always will be a fashion diva, and that’s ok with us. 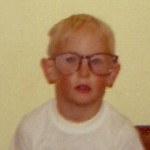