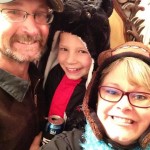 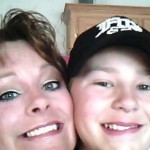 In some ways, I think my sister-in-law, Rachel Franklin Schulenberg, is a lot like me. She has a nostalgic side when it comes to things of the past, as do I. I think we both wish time wouldn’t go by so fast, or that our children and grandchildren wouldn’t grow up so fast. I suppose that is harder when you have family who live somewhere else, as both Rachel and I do. You just miss them so much when you can’t see them often.

Rachel is a strong Christian, who has the heart of a giver. She tries to be helpful to all who need her help. That is such a great trait to have. So many people these days think only of themselves, but not so Rachel. I’m sure that is partly why she has a number of very good friends. People tend to want to be around people who aren’t selfish. I agree with that. Those are the kinds of people I want to be around too.

Rachel is mother to Cassie, Riley, and Tucker, and grandma to Lucas and Zoey. Her children and grandchildren are precious to her. All of them, except Tucker live in Powell, Wyoming, so she doesn’t get to see them nearly as often as she would like to. I think that has to be the hardest think for a mother or grandmother. You miss them terribly when you don’t see them, and you are torn at the end of every visit, because it will be a while 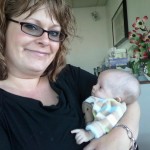 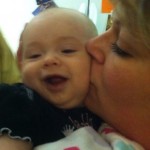 before you see them again. Yes, phones and Internet make it easier to be apart, but they don’t compare to being with your child or grandchild. Nevertheless, not everyone wants to live in the same place, and as they grow up, children have to decide for themselves…at least that’s what Rachel and I keep telling ourselves. Maybe someday our minds will take hold of that thought, but I seriously doubt it. In the meantime, I guess we will just have to continue to cultivate our nostalgic side. Today is Rachel’s birthday. Happy birthday Rachel!! Have a great day!! We love you!!