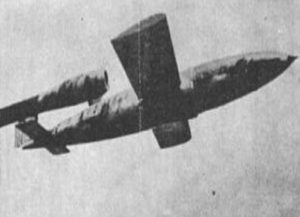 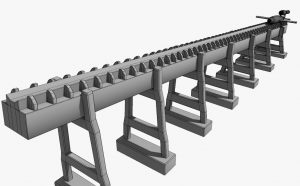 Every time I research one of the weapons used in war, I am more and more stunned by the hatred that brings the need to destroy one another. During World War II, Hitler continuously created…or rather had his scientists create newer, more powerful, and more devastating bombs. His V-1 missile, also known as the V-1 flying bomb, or in German: Vergeltungswaffe 1, meaning “Vengeance Weapon 1” became known to the Allies as the buzz bomb, or doodlebug. In Germany it was known as Kirschkern, or cherrystone, and as Maikäfer or maybug. It was an early cruise missile, and also the first production aircraft to use a pulsejet for power.

The V-1 was developed at Peenemünde Army Research Center by the Nazi German Luftwaffe during World War II. During initial development it was known by the codename “Cherry Stone.” It was first of the so-called “Vengeance weapons” (V-weapons or Vergeltungswaffen) series designed for terror bombing of London. As one of my readers, Greg (sorry, I don’t know his last name) pointed out to me, it was one of the V weapons…the V-3 to be exact that would ultimately cause the death of Joseph Kennedy, but that is a story for another day. The range of the V-1 missile was limited, and so the thousands of V-1 missiles launched into England were fired from launch facilities along the French (Pas-de-Calais) and Dutch coasts. The first V-1 was launched at London on 13 June 1944, one week after, and actually prompted by the successful Allied landings in Europe. At its peak, more than one hundred V-1s a day were fired at south-east England, 9,521 in total, decreasing in number as sites were overrun until October 1944, when the last V-1 site in range of Britain was overrun by Allied forces. After this, the V-1s were directed at the port of Antwerp and other targets in Belgium, with 2,448 V-1s being launched. The attacks stopped only a month before the war in Europe ended, when the last launch site in the Low Countries was overrun on March 29, 1945.

It took a V-1 about 15 minutes to travel from its launch pad in Calais, France to the heart of London…a distance of nearly 95 miles. Nearly 10,000 V-1s were launched from sites in Northern France over an 80 day period beginning in June 1944. Their targets included London, as well as other cities in southern England. At the peak of the bombing, more than 100 rockets were hitting Britain daily. Casualties climbed to 22,000 people, with more than 6,000 of them fatalities. Hitler hoped his new weapons would crush British morale, bringing 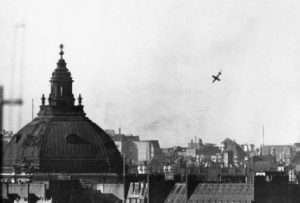 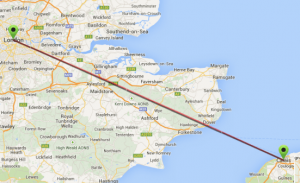 surrender. More V-1s would later be fired from inside Germany itself at Liege and the port of Antwerp. Hitler had underestimated the British, however. The British operated an arrangement of air defenses, including anti-aircraft guns and fighter aircraft, to intercept the bombs before they reached their targets as part of Operation Crossbow, while the launch sites and underground V-1 storage depots were targets of strategic bombings.