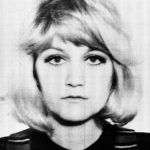 For most of us, taking a fall, of any kind is no fun. Taking a fall off of a one story roof is terrifying, and if we were to fall from a two story building, we might not expect to live through it. For Serbian flight attendant, Vesna Vulovic a two story fall is like stubbing her toe. On January 26, 1972, while she was working on JAT Flight 367, a terrorist bomb exploded on the plane. Vesna found herself in a freefall without a parachute at an altitude of 33,333 feet. Vulovic, who was just 22 years old, and thought she had landed a wonderful career that would allow her to travel to exotic places. Never in a million years did she imagine that her career would end this way.

Flight 367 was flying over Srbská Kamenice in Czechoslovakia, which is now part of the Czech Republic. She had not been scheduled to be on that flight, but she had been mixed up with another flight attendant who was also named Vesna. I’m sure she wished she had not been as she was falling through the air that awful day in 1972. While falling 33,333 feet, a person has a good bit of time to think about what they wished they had done, or not done. And at 22, I’m sure there were many things she had hoped to accomplish in her lifetime, and now those things could never happen.

The official report of the Czechoslovak investigation commission, which was handed over to the ICAO on May 7, 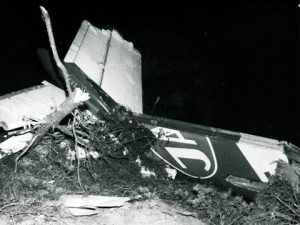 1974, stated that there had been an explosion in the front baggage compartment of the plane. The Czechoslovak secret service, which was leading the investigation, presented parts of an alarm clock ten days after the crash which they claimed came from a bomb. The report concluded that a bomb brought down Flight 367. That morning, an anonymous man called the newspaper Kvällsposten published in Malmö, Sweden, claiming, in broken Swedish, that he was a Croat and member of a nationalist group that placed the bomb on the plane. Shortly after the phone call, the Yugoslav government blamed the Ustaše. According to the official report the explosion tore the McDonnell Douglas DC-9-32 to pieces in mid-air. Vulovic was the only survivor.

Vulovic suffered a fractured skull, three broken vertebrae, one of which was crushed completely, and that left her temporarily paralyzed from the waist down, and two broken legs. She was in a coma for 27 days. In an interview, she commented that according to the man who found her, “…I was in the middle part of the plane. I was found with my head down and my colleague on top of me. One part of my body with my leg was in the plane and my head was out of the plane. A catering trolley was pinned against my spine and kept me in the 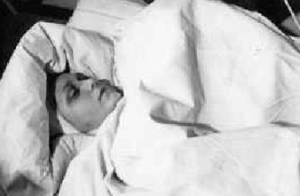 plane. The man who found her said she was lucky. He was in the German Army as a medic during World War II. He knew how to treat trauma. The medic is identified as Bruno Henke. Vulovic continued working for JAT Airways at a desk job following a full recovery from her injuries. She regained the use of her legs and continued to fly sporadically. She claimed she had no fear of flying, which she attributed to her loss of memory of the crash, and she even enjoyed watching movies with plane crashes. She was considered a national heroine throughout the former Yugoslavia and was awarded the Guinness Record title by Paul McCartney at a ceremony in 1985. As to becoming the world record freefall holder, Vesna comments, “I am like a cat, I have had nine lives.” 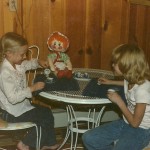 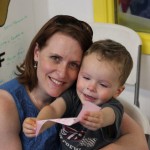