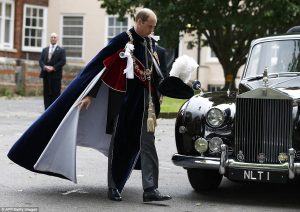 On this day, April 23, 1348, the Most Noble Order of the Garter…the first knighthood of England was founded. This knighthood is only inferior to the Victoria Cross and the George Cross. The honor is always bestowed on its winners on April 23, which is Saint George’s day. Saint George is England’s patron saint. Appointments are awarded at the Sovereign’s pleasure as a personal gift on recipients from the United Kingdom and other Commonwealth realms. Membership of the Order is limited to the Sovereign, the Prince of Wales, and no more than 24 members, or Companions. The order also includes supernumerary knights and ladies.

That made me wonder just exactly what it took to become a knight. It seems that in Medieval times, becoming a knight was something young men trained for from early childhood. 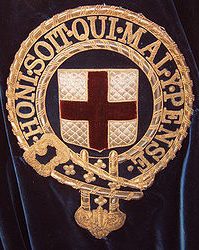 Knighthood training was a long and often arduous process. It began with a basic education and good manners and rules of etiquette were taught at home. At the age of seven, young boys were sent away to the castles and homes of wealthy lords or relatives to embark on their knighthood training. From the age of seven to fourteen these young boys were given the role of a Medieval Page. From fourteen to twenty-one these ‘apprentice knights’ were referred to as Squires. The different types and styles of Knighthood training depended on the age and strength of the apprentice knights. Knighthood training was focussed on weapon practice which included enhancing skills in horsemanship, the two-handed sword, battle axe, mace, dagger and lance. Still, it was not all the training that ultimately won the squire to coveted title of knight. A squire had to prove his bravery and skill at battle. Only then, would he become a knight…at the age of twenty-one. He gained the title of knight at a “dubbing” ceremony. All this was a really big deal.

Knighthood, like all tradition has undergone changes over the centuries, and I’m sure most of us know that people like Paul McCartney, Elton John, and Mick Jagger have all been knighted. After researching the 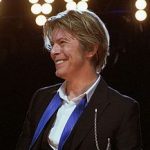 requirements of old, I wondered how these men became knights. So, I looked into it, and I came back disappointed. It seems that these men were knighted for their work in music and charity. While these are noteworthy accomplishments, it seems to me that they could find a different type of award for these feats. How can work in music and charity possibly be as award worthy as bravery and skill in battle. That would be like giving the purple heart to someone who wrote a book about someone being injured in a war. I think David Bowie must have agreed with me, because in 2003, he turned down the knighthood offered to him. He was labeled a rebel, and it was thought that he was unimpressed with nobility, but maybe he just didn’t see how he could have earned it. I would agree.