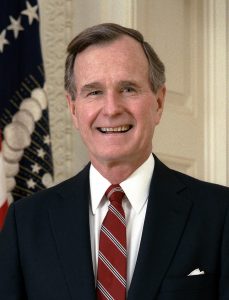 Sometimes, when a country is in turmoil, and there seems to be no way out, the only choice is to have an outside invasion…from a foreign power. Panama was in such a situation in 1989, and so on December 20, 1989, the United States Army spearheaded a carefully planned and well-executed attack designed to overwhelm the Panamanian Defense Forces (PDF) of dictator Manuel Noriega, who was a convicted drug trafficker and a brutal dictator. He rose to power when he joined the military and then quickly rose through the ranks. He was very motivated, and most likely had a planned agenda from the start. Once he was in power his brutality as well as his interference with activities in the Panama Canal area, got worse and worse. Something had to be done.

The election had been stolen, of course, and the United States, along with several other nations, needed to take back the area from the imposter, and restore the democratically elected government of Guillermo Endara, followed by the arrest of Noriega on drug trafficking charges. This was going to be the largest and most complex combat operation since the Vietnam War. Labeled, Operation Just Cause, and with nearly 26,000 combat troops deployed, just under half being from bases in the United States, the operation began. Two dozen targets were attacked throughout the country that day, using a wide spectrum of tactical operations including Military Operations on Urbanized Terrain (MOUT), Air-Assault, Airborne, and Special Forces. The operation was carefully planned out and conducted so as to take into account both parts of the mission…the operational aspects, as well as the political implications of forcibly removing Noriega from power. Not everyone in the world would look at this as being a justified operation. Through emphasis on realistic small-unit training, the U.S. Army successfully accomplished its mission. They decisively neutralized Noriega’s forces, restoring the elected democratic government, protecting American lives, and minimizing Panamanian casualties.

Initially planned as a gradual buildup of combat troops from the United States, the plan was significantly

modified in early 1989 after Noriega increased attempts to intimidate American civilians and soldiers and after he orchestrated assaults against newly elected anti-Noreiga candidates. He was becoming too volatile to be allowed to continue his reign, so President George H W Bush ordered an additional 1,900 combat troops to Panama to increase security of American personnel and property, an operation known as known as Operation Nimrod Dancer…where do they get some of these names? He also appointed General Maxwell Thurman as the new US Southern Command commander. General Thurman envisioned the operation as a rapid take-down of the Panamanian Defense Forces, slightly different than President Bush saw it. Thurman wanted to capture Noriega quickly in order to prevent his troops from moving into the country’s interior in order to form an insurgency.

Training began in May 1989, and the early preparation and training was a key for the success of Operation Just Cause. The 193rd Infantry Brigade, which was the primary combat unit stationed near Panama City, increased the number of live-fire exercises and MOUT training. At that time, there were no MOUT training sites available, so battalion commanders adapted by constructing makeshift buildings for live-fire exercises. Soldiers practiced room-clearing as well as prisoner control, using the barracks. Soon to be sent to Panama…once the operation began, units of the 82nd Airborne Division and the 7th Infantry Division also increased training. The Panamanian Defense units were very close to the location of the American operations, so operational planners and unit commanders took advantage of increased security measures. These training exercises, Code-named Sand Flea, represented deliberate demonstrations of force aimed at securing American facilities. The good news 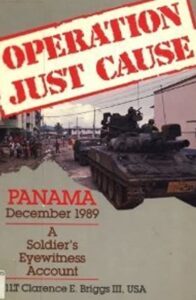 was that troops were familiar with their targets, since many of these facilities needed to be secured or were used as staging areas for the invasion. In addition, the exercises were run with such frequency that the enemy became desensitized to rapid movements of troops, helping to maintain the element of surprise that was crucial to success. For me, it still seems like they should have suspected something.

In the end, the careful planning and intensive training paid off. The operation was a good success, despite its complexity. The plan showed the ability to work with the military and political goals to rapidly destroy the enemy’s ability to fight They also managed to fight without needlessly endangering Panamanian lives or property. The training was a great success. The troops were able to quickly adapt to the unforeseen challenges of combat. Major military operations took only five days. Noriega surrendered on January 3rd and by January 12tb, Operation Just Cause was over. In less than a month, the US Army and other American Armed Forces had achieved complete victory.