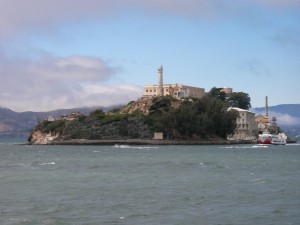 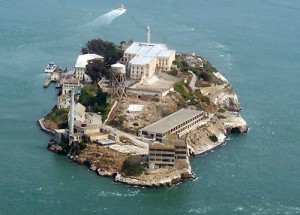 The Wreck Of The White Ship 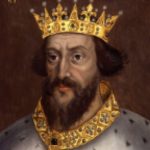 Anytime a nation’s leader is killed, it’s a disaster, no matter how they died, but it is not so common for the disaster to still be felt when their child is killed, although the nation naturally feels a degree of collective sadness. In a monarchy, however, things are different. The child of the current king stands to be the next leader. These days, having a girl be the next in line for the throne is not a problem, in most nations, but that was not the case in England in 1120. At the time, the king of England was King Henry I. The Norman dynasty had not been in power very long, and the King Henry I was very eager to have the line continue on. His problem was solved with the birth of his only legitimate son, William the Aethling, who was called by the Saxon princely title to stress that his parents had united both Saxon and Norman Royal Houses. William was a warrior prince who, even at the age of seventeen, fought alongside his father to reassert their rights in their Norman lands on the Continent. As was common with kings, especially in that era, and maybe not so unusual in this era, the king had multiple concubines, and so several illegitimate children too. He did have a legitimate daughter named Matilda, but the throne belonged to his son. His illegitimate children were Richard, and oddly, a second Matilda. All seemed right in his world.

King Henry I was king from August 2, 1100, until his death on December 1, 1135, and expected that his son, Prince William would take his place as king upon his death. Then disaster struck on the November 25, 1120. This was a disaster that would have a dramatic effect, not only on the families of those involved, but on the very fabric of English Government. After a successful battle in 1119, which brought the defeat of King Louis IV of France, and the humiliation at the Battle of Brémule, the King and his entourage were headed home to celebrate. The king was offered a fine ship, the White Ship to travel home in, but he declined because he had already made other arrangements. He suggested that his son and some of the other men could talk the journey on the White Ship.

As the heir to the throne, Prince William attracted the cream of society to surround him. His entourage was to include some three hundred fellow passengers…140 knights and 18 noblewomen, his half-brother, Richard, his half-sister, Matilda the Countess of Perche; his cousins, Stephen and Matilda of Blois, the nephew of the German Emperor Henry V, the young Earl of Chester and most of the heirs to the great estates of England and Normandy. The passengers were all in a mood to celebrate, and asked the Prince for drinks. The prince had brought wine aboard the ship by the barrel-load to help with the festivities. Before long the both passengers and crew became highly intoxicated. Some even left the shop when things started getting abusive.

The people who remained were drunk, and decided that it would be a great idea to try to catch the ship the king was on. The king’s ship had already sailed out into the English Channel. 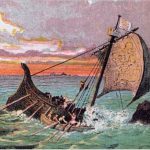 The people kept pushing the captain to accept the challenge. The captain was sure that his ship could catch the king’s ship, so they set out that evening, and immediately struck a rock in the channel as they left. The ship began to sink, and Prince William was safely in a boat, but he heard his half-sister, Matilda screaming for help. So he left the boat to rescue her. The boat he was in was hit by a group of desparate passengers, and swamped. Prince William was lost and drown. The nation was devastated, and when King Henry I tried to get them to accept his legitimate daughter, Matilda, but they didn’t want to and when the king died, Matilda and her husband found themselves fighting for the throne in a war known as The Anarchy.