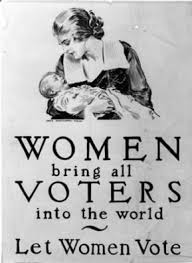 Anytime a group wants to change something in their nation, there is controversy. It really doesn’t matter what the change is, or whether it is good or bad for the country, there will always be people who are against it. The Women’s Suffrage movement, was no different. For more that seventy years, women had been fighting for the right to vote. From the founding of the United States they had not been allowed to vote, and I think originally it was simply because women were viewed as fragile and really to be protected. It didn’t really occur to the men that women could understand politics, wars, and government matters. They were to delicate. That opinion was largely accepted by the women too, until about 1849…73 years after our nation gained its independence from Great Britain. Then some of the women started thinking that they were are smart as the men, and should be allowed to vote too. They were right, of course, but their victory would not come without a long, hard battle. For many years the women who were fighting to vote were look at as 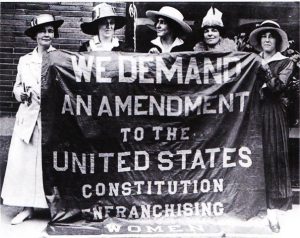 somehow being bold, and well simply not very refined. Proper women were encouraged to avoid them. The men heckled them. Everyone thought of these women as being somewhat trashy.

I can’t say for sure, just what it was that finally tipped the scales in favor of the women’s right to vote, but quite possibly it had something to do with the “squeaky wheel getting the oil” in the end. Nevertheless, like anything worth fighting for, you continue to fight until you win, or until there is no hope of winning. For the women of the United States, the battle would be won. Changes are sometimes tough to swallow…especially when we think they are 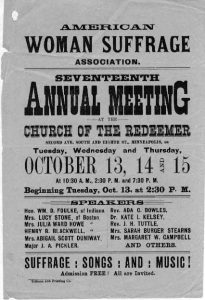 morally wrong. It doesn’t matter what day and age we live in, or what the issue is, someone, somewhere is going to be against the new idea. There will be battles that should be won and those that probably shouldn’t. Nevertheless, like it or not, once a new idea is made law, it usually stays law, unless the law is changed later on. Thankfully, for women everywhere, the right to vote was not repealed, and it will always be our right.

On this day August 26, 1920, the 19th Amendment, guaranteeing women the right to vote, is adopted into the United States Constitution by proclamation of Secretary of State Bainbridge Colby. Women could vote now and forever. People born since 1920, which is most of us, have no concept of the enormity of that amendment. It changed the face of politics, government, and campaigning forever. Not only could women vote, but they could run for office too. And that idea has been up for debate ever since. 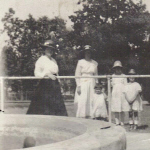 Years ago, when most women didn’t hold down a job outside the home, because we were considered too delicate, and maybe not quite smart enough, for such things, women were raised to keep the house for their husbands. Of course, no one gave much thought to the fact that one of the hardest jobs in existance then or now, is being a mother and homemaker. If a man had to do that job, and many have over the years, they would tell you that they prefer a job out in the world any day. Nevertheless, back in the day when few women worked outside the home, everyone seemed to think that women spent most of their time having afternoon tea and socializing with their friends. And to a degree, maybe they did. Taking a break from our daily work is not uncommon, and is even necessary, if we are to be able to do our work well, and be willing to come back to it the next day and do it all again. Thus the need for a Girls Day Out, or as is often the case these days, Girls Night Out.

Of course, years ago, women seldom went out in the evening, unaccompanied by a man anyway. It was considered unsafe. I find that a bit odd, considering that it seems to be far more unsafe for women to be out, especially alone, these days than it did in the old west, or even back in the 50’s and 60’s. Of course, maybe things didn’t happen to women as much back then, because they usually had a man with them. I’m sure that we could debate that for some time, if we chose to, but on the lighter side…girls day or night out has been something women have looked forward to through the ages. It was a break from their daily work…a time to cut loose and have some fun.

Much has changed over the years. I heard it said somewhere, in reference to that Knight in 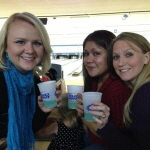 Shining Armor riding a White Horse that women are always thought to be looking for, “That knight in shining armor is still out there, but these days he is riding a white Honda Civic, and he needs you to help him make the payments.” Most women work outside the home these days, not that the ones who stay home don’t have their hands full. It still doesn’t matter what your job is, everyone needs a break, and these days, the trend is toward Girls Night Out. After all, the men have had Boys Night for years, and somehow nobody ever thought that was so wrong…right? Sometimes, it is nice to leave the kids home with their daddy, and just spend a little time doing the things you can only do with your girlfriends. Cheers, girls!!