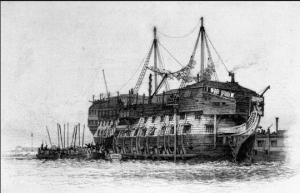 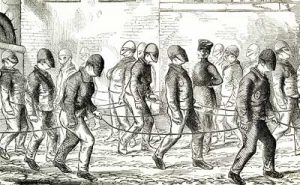 When your brother-in-law is a cop, and 6’4″ to top it off, you might as well know that you are going to be picked on…a lot! The year was 1993, and the event was my daughter Corrie’s graduation party. The party had progressed to the point of cutting the cake, when Chris decided that this was the perfect moment to pick on me. He grabbed my hands and hand cuffed them behind my back and promptly walked away. Of course, I started trying to convince him to unlock the cuffs, but he told me that he didn’t have the key. The party was put on hold for a few minutes while my sister and I tried to get him to unlock the cuffs. For a while there, I really thought I might have to try to cit the cake with my hands behind my back. Finally, Chris unlocked the cuffs, laughing the whole time at how easily he could overpower me.

Since I am only 5’2″, overpowering me was not too difficult for my brother-in-law whose more that a foot advantage over me in height gave him the clear advantage. This was proven quite effectively when Chris decided to help me out with my height problem…by picking me up and depositing me into a tree in my parents front yard. I’m sure he was trying to be helpful…don’t you think? You don’t? Well, you are probably right.

Through the years Chris has picked me up by my feet and held me upside down, held me in different sorts of police holds for subduing criminals, and put me upside down in a chair, just to name a few different torture methods, all in good clean fun, of course. He would never hurt me or anyone else who happened to be his next victim, but he could definitely show you who was boss. And this was proven quite effectively whenever he decided to pick on me or my sisters. All I can say is, I’m sure glad he was never arresting me for real, because I don’t think I would want to go up against him if he weren’t just teasing.