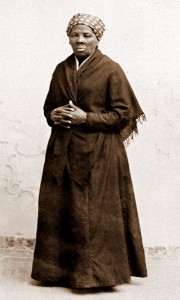 The years in American history during which people held slaves, were in my opinion, sad, dark years. I don’t like the idea of anyone being a slave to another person. Nevertheless, it is a part of our history, that ended when Abraham Lincoln freed the slaves effective January 1, 1863, which also brought about his own death be assassination.

As a girl in junior high school, I read a book about Harriet Tubman and The Underground Railroad. The book so impressed me, that I have never forgotten it. Harriet was a conductor, as they were known, on the Underground Railroad. The conductors lead slaves who had escaped, along designated trails, in extreme secrecy, mostly at night, from the south to the north, and often into Canada. Harriet’s code 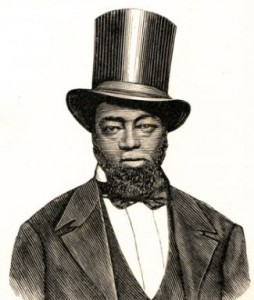 name was “Moses” and she was one of the most famous conductors in history, although there are several others too.

One of the other conductors was Samuel Burris. Burris was a free African-American, who was caught helping a slave try to escape from Delaware in 1847. Burris was caught, tried, and found guilty of “enticing slaves” to escape. As part of his sentence, he was sold into slavery for seven years. Instead, a Pennsylvania anti-slavery society raised the money to purchase him and set him free. Burris went right back to helping slaves escape.

From what I read, and from what history has told us, these conductors were very committed to this, and that makes sense when you think about the fact that they held the very lives of their cargo or passengers, which is what they called the escaped slave, and their own life in their hands. Harriet Tubman made 13 trips on the Underground Railroad bringing seventy people to freedom. She was able to say that she had “never lost a passenger” in all that time. I don’t know how many Samuel Burris helped to escape, but I’m sure it was quite a number too.

Samuel Burris family has been working for years to 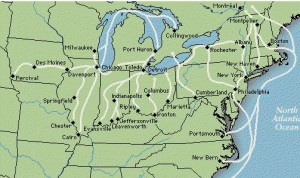 have him pardoned for the crimes he was convicted of, and finally, today, November 2, 2015, Samuel Burris was pardoned. His grand niece, Ocea Thomas of Atlanta was interviewed for television Tuesday, and she said that she received a phone call last weekend letting her know Delaware Governor, Jack Markell has decided to posthumously pardon Burris for his conviction that was 150 years ago. I think that is awesome, and I think all the conductors who were convicted of crimes concerning the freedom of slaves should also be pardoned. After all, the crimes they were convicted of aren’t even crimes anymore.