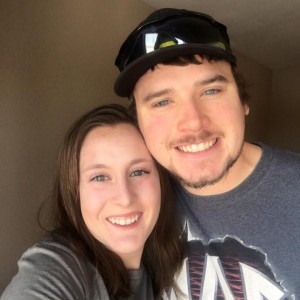 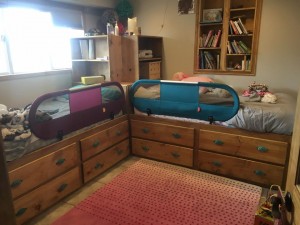 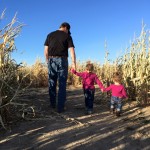 No Matter How Far 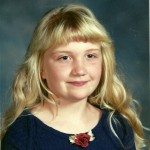 When my niece, Andrea was a little girl, she was so cheerful. She loved to laugh and joke. She loved it when her grandparents and other family members came to visit her family in Washington. She would always get so excited when company was there. When my sisters and I went to visit Caryl and her family one year, when Warren, Andrea’s dad was on sea duty in the Navy, the house became wall to wall beds, and Andrea was so excited to come out in the mornings and greet everyone. The day seemed perfect to her, because there were so many aunts in the house. I suppose having a lot of aunts in your house at one time might mean lots of attention, and really, what kid doesn’t want lots of attention. And what better kind of attention is there than the special attention of having four aunts in your house at one time. Of course, Andrea did have to go to school for part of that visit, but she did get to spend a lot of time with us. We all had such a good time.

It was always hard for Andrea when family had to leave to go home. She didn’t get to see any of us much, and that was really hard. Of course, we knew how she felt, because we felt the same way every time Andrea’s family had to go home after a visit. It is a tearing situation. Loving family members from afar creates a lonely kind of a feeling. Holidays are smaller affairs, because you live too far away to be there with the rest of the family very much. That was hard for Andrea, because she heard about all the fun the rest of the cousins had at the big gatherings. Of course, she knew that it could not be helped, and that her family loves her, but it is still hard for a little girl to understand why they can’t come for Christmas every year. Still, her parents made their holidays fun too, and made their own traditions. That’s how it works when you live far away from family. And those traditions are just as fun as the ones the rest of the family has, just different…just your own.

I think living far away from family, can often bring you very close to your siblings. Andrea and 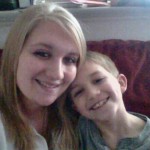 her younger brother, Allen have always been good friends. Oh they had their little tiffs, just like any other siblings, but they grew close over the years. With Allen in the Navy and stationed in Japan now, I’m sure that Andrea feels a twinge of loneliness whenever her brother comes to mind, but she will always know that no matter how far apart they are, he will always be her brother, and he will always love her. New traditions are always a part of life, and now with her son, Topher to think about, I’m sure Andrea is making her own traditions to build memories for him. Today is Andrea’s birthday. Though she is still a ways away I hope that she knows that we are thinking of her today and hoping it is a great day. Happy birthday Andrea!! We love you!!

The Mother Of Invention 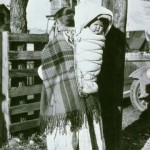 Since time began, mothers have been trying to find a way to quiet a fussy baby, when there is work that needs to be done. Women have tried just about everything, probably even ear plugs in an effort to get some peace and quiet when they can’t just stop everything to hold the baby. From the need for peace, there came many inventions, such as the baby sling or the back/front pack, which we can credit to the Indians, who made one to hold their baby, or papoose. Yes, they have been modified but no one can claim the actual invention, except the Indians. This way of carrying 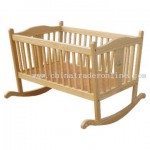 your baby while you went about your daily chores has worked well for many a mother, myself included. With two daughters, 11 months apart in age, going to the store was hard, but with a front pack for my youngest, and a back pack for my oldest, I could go by myself to the store or anywhere else I wanted to go, and go I did. Those packs saved my days.

Of course, not all of our work can be easily done in a standing position. Scrubbing, making beds, and lots of other housework requires bending over…something that is difficult with a baby strapped to you. 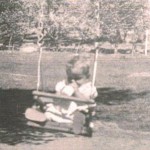 Cradles required someone to rock them, meaning that you have to be sitting. That is fine if you are reading or knitting, but doesn’t work very well if you need to be moving around. Something else would have to be done. Years ago, people used baby swings…of the outdoor version in an attempt to entertain and quiet their baby, but while that worked pretty well, and people could safely leave their babies outside for short amounts of time, it still didn’t work very well if the work that needed to be done, happened to be indoors. From the need to have a babysitter that could rock our babies to sleep, indoors, while we went about our work, came the invention of the modern wind up swing. Aw yes, necessity is the mother of invention.