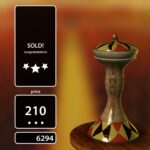 Sometimes, I am amazed at what you can “sell” people. In 1977, one of Elvis Presley’s assistants saw an opportunity when Elvis didn’t finish a glass of water after a concert. The assistant held an auction and sold the few drops of water left in the glass for $455. And then, there was the two golf balls that were sold for $1400. So, what made these golf balls so special…well, they were swallowed by a python. The snake had to have surgery to remove them, and they were sold after. A British artist, after going through a period of depression, during which she simply stayed in bed, decided to sell the ensuing messy bedroom “furnishings,” so she auctioned them off for $150,000 after calling them “My Bed.” And let us not forget that on March 6, 2012, a woman from Nebraska sold a three-year-old McDonald’s Chicken McNugget for $8100 because it resembled George Washington. She was raising the money to send children to summer camp. The auction site apparently eased its rules on selling expired food for the woman, so that she could raise money to support her cause.

Granted these items are novelties, and some went for a good cause, but seriously…people will pay good money 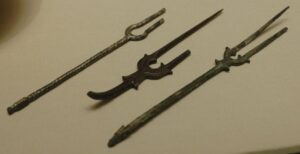 for the strangest things. It actually makes me want to look through my own possessions to see what oddities I might have that would bring in millions of dollars, because apparently, they could sell. You just never know. What is it that makes people decide that they need a few drops of water left in a glass after Elvis drank from the glass, or a McNugget that looks like George Washington, or the many food items that have looked like the Virgin Mary? I suppose that if these things are for a good cause, maybe they are simply donating for the purpose of helping the cause. Or maybe they actually see value in the item or items they are bidding on.

I suppose that in the case of “seeing value” in an item that almost no one else sees value in, I would have to 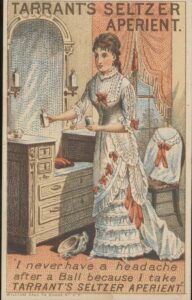 say…to each his own, but that for the amount some of these items went, there must have been a few people who could see value in something seemingly worthless…at least to me. That said, I decided to go out to an auction site to see what “treasures” I could find. I was somewhat disappointed in that I found no expired food items, or famously worthless celebrity use items. Mostly what I saw were items that did have some value, depending on your need…things like bags full of vintage doll clothes, old pitchers and glassware, belt buckles, automobile emblems, vintage cigarette lighters, coins, and vintage toys. Some of these things could very easily have great value, in that the vintage items could be rare collectables. Nevertheless, I didn’t see anything I couldn’t live without, nor did I find anything that was going for a very high price. I suppose that it would be a rare thing to come across something that cost you nothing, but sold for millions. Still, the idea of selling something for big money isn’t a bad one. It’s just a matter of finding the right item, presenting it to the right audience, and finding yourself feeling very shocked when it sold for the big bucks.

Something Seems To Be Wrong Here 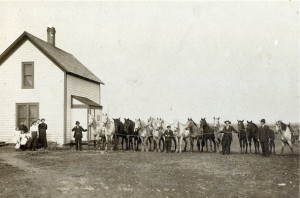 Sometimes, you come across a picture that looks simple enough at first. Then upon closer examination, you see that something seems to be wrong here. I have often wondered what was going on in this picture. Here you have 13 horses all tied to one rope, that is obviously not anchored in any way, because it takes 2 men and a boy to keep them in place. It seemed innocent enough to me at first, or maybe I just didn’t look at the picture closely enough. I guess that the 2 men and a boy didn’t exactly strike me as being an odd situation…until I looked closely at the 4 women and 2 girls standing off to the side. Their faces didn’t look right, even in a time when people rarely smiled in pictures.

While the wind is blowing some, it seems very clear to me that these women, my great grandmother and her girls, are concerned about what the men, my great grandfather and their two sons, are doing. The men also seem to feel like whatever they are doing, is possibly dangerous enough to warrant keeping the women back to a safe distance, and the need for 4 people to hold the horses in place. Of course, my curious mind has been going back and forth on this matter for days. I can’t decide if there is to be a race, which seems odd, because it would be impossible to release all of the horses at the same time, 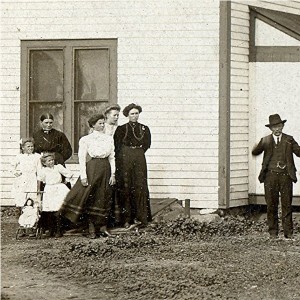 when they are all tied to the same rope. The horses don’t act wild, so it seems unlikely that they are concerned about anyone getting kicked or run over, especially considering the boy and the man that are in the midst of the horses.

It is obvious to me that they are not just watching the horses for someone else, because with the exception of the horse with the man observing at the end of the string of horses, none of the horses pictured have a saddle on. My guess is that they are at an auction, and they are selling the horses, but if that is the case, then, I can’t exactly figure out why the women look so concerned. My curious mind may never know the answer to that question, so all I can do is speculate.