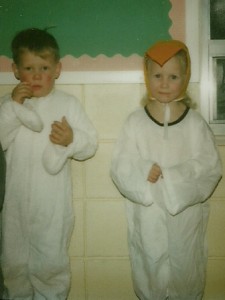 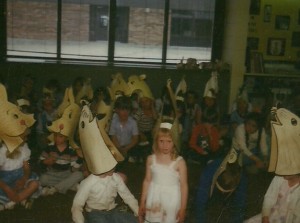 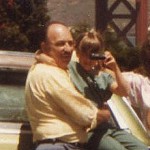 For every grandparent, there is the first. The child that came along and changed everything. The child who changed them from parenthood to grandparenthood. For my parents, that child was my niece, Chantel. She was…shall we say, a shock to our systems…not just my parents, but to her aunts too. It was not about being, not ready for her to come, it was about the kind of girl she was. Chantel has a type of beauty queen style…or maybe it was actress style. No matter, we couldn’t help but be amused and surprised at the same time whenever she started posing.

It always amazed me that this little teeny girl could have so much style, when I at 15 years of age was still feeling quite awkward. But style was as much a part of who Chantel was as the hair on her head. And she was so quick. She never missed 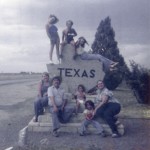 an opportunity to show her style. The camera came up, and Chantel immediately posed. And she was just a little girl, but she was just doing what came naturally to her.

As she grew up, she never lost that sense of style, although the posing did change some. She is so photogenic, and has a beautiful smile. And her sense of style doesn’t stop with photos. It has carried into her home, where she pours out her beautiful style. I think there must be an artist living inside the woman she has become, but that isn’t surprising really.

Yes, that first grandchild can be so surprising, because they are usually so different from your own children, and yet so like them…or at least the child your kids used to be. Chantel is much like her mother, my sister Cheryl. 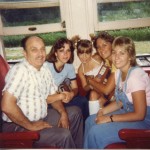 They both had the ability to take the most amazing pictures, and they both have the natural sense of style in decorating. I guess I have to wonder why Chantel seemed so different from the rest of us…at least to me, because she was maybe the kind of little girl like what I always wanted to be…like my sister, Cheryl. They both always had it all together, and I always wished I had been able to be like that.

Today that little girl…that first grandchild, is a wife and mother, and still a very beautiful person, inside and out. She will always hold a special place in our hearts and in our family. Happy birthday, Chantel!! We love you very much!!