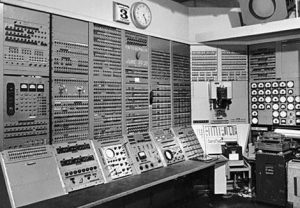 These days, being connected to the internet is commonplace. We connect from our computer, laptop, tablet, and even our phone. Many occupations, including the one I am in could not really function without the internet. When the computers go down, we are shut down too. For most of us, the internet is so much a part of our lives, that we simply cannot imagine life without it. Nevertheless, the reality is that until quite recently, there was no internet. I know people who think that might have been a better time, but I disagree. In fact, I think the people who say they think that, really have no idea just how bad that would be, and if they tried it once, they would change their minds quickly. People don’t realize how many things depend on the internet.

The first real idea of information available at our fingertips began to form on October 4, 1957, when the Soviet Union launched the world’s first manmade satellite into orbit. Known as Sputnik, the satellite did not do much. It tumbled aimlessly around in outer space, sending blips and bleeps from its radio transmitters as it circled the Earth. Nevertheless, to many Americans, the one foot diameter Sputnik was proof of something alarming. Up to this point, scientists and engineers in the United States had been designing bigger cars and better television sets, but the Soviets had been focusing on…less frivolous things, and they were going to win the Cold War because of it. Americans saw that information could eventually be transmitted back to the Soviets concerning American military and government secrets. It was the dawning of the age of spy satellites.

Sputnik’s launch, brought about the era of science and technology in America. In an effort to keep up, schools began teaching subjects like chemistry, physics and calculus. The government gave grants to corporations, who invested them in scientific research and development. The federal government formed new agencies, such as the National Aeronautics and Space Administration (NASA) and the Department of Defense’s Advanced Research Projects Agency (ARPA), to develop space-age technologies such as rockets, weapons and computers. Of course, the computer didn’t do nearly as much as it does these days, and it was the size of a small house. In 1962, a scientist from M.I.T. and ARPA named J.C.R. Licklider proposed a solution to this problem. His proposal 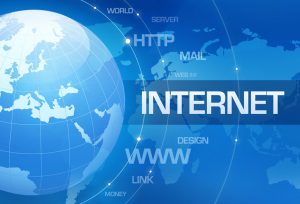 was a “galactic network” of computers that could talk to one another. Such a network would enable government leaders to communicate even if the Soviets destroyed the telephone system. Then came “packet switching.” Packet switching breaks data down into blocks, or packets, before sending it to its destination. That way, each packet can take its own route from place to place. Without packet switching, the government’s computer network, which is now known as the ARPAnet, would have been just as vulnerable to enemy attacks as the phone system. At least now computers did more, but they were still big.

In 1969, ARPAnet delivered its first message. A “node-to-node” communication from one computer located in a research lab at UCLA, to the second located at Stanford. The message “LOGIN” was short and simple, and it crashed the ARPA network. Wow!! Things really are different today. The Stanford computer only received the note’s first two letters. By the end of 1969, just four computers were connected to the Arpanet. During the 1970s the network grew steadily. In 1971, it added the University of Hawaii’s ALOHAnet, and two years later it added networks at London’s University College and the Royal Radar Establishment in Norway. As packet-switched computer networks multiplied, it became more difficult for them to integrate into a single worldwide “Internet.” By the end of the 1970s, a computer scientist named Vinton Cerf had begun to solve this problem by developing a way for all of the computers on all of the world’s mini-networks to communicate with one another. He called his invention “Transmission Control Protocol,” or TCP. Later, he added an additional protocol, known as “Internet Protocol.” The acronym we use to refer to these today is TCP/IP. One writer describes Cerf’s protocol as “the ‘handshake’ that introduces distant and different computers to each other in a virtual space.” 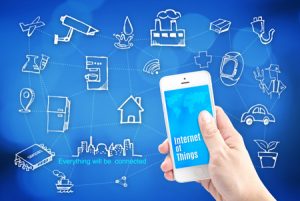 In 1992, a group of students and researchers at the University of Illinois developed a browser that they called Mosaic, later known as Netscape. Mosaic offered a user-friendly way to search the Web. It allowed users to see words and pictures on the same page for the first time and to navigate using scrollbars and clickable links. Then Congress decided that the Web could be used for commercial purposes. Companies developed websites of their own, and e-commerce entrepreneurs began to use the Internet to sell goods directly to customers. These days, social networking sites like Facebook have become a popular way for people of all ages, including me, to stay connected. Today, almost one-third of the world’s 6.8 billion people use the Internet regularly.