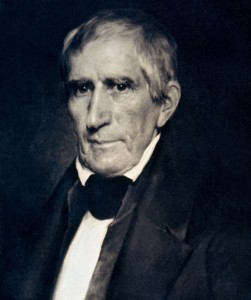 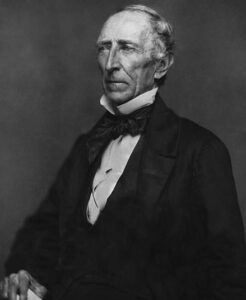 President William Harrison has the distinct record of having the shortest term in office in the history of the United States…exactly one month…from March 4, 1841 to April 4, 1841. His death and the immediate swearing in of his vice president, John Tyler on April 6, 1841, made Tyler the first vice president to immediately assume the role of president after a sitting president’s untimely exit and set the precedent for succession thereafter. It is thought that his illness was caused by the bad weather at his inauguration three weeks earlier, however, on Wednesday, March 24, 1841, Harrison took his daily morning walk to local markets, without a coat or hat. Despite being caught in a sudden rainstorm, he did not change his wet clothes upon return to the White House. He first fell ill with cold-like symptoms on Friday, March 26. His aids sent for his doctor, Thomas Miller. Harrison told the doctor he felt better after having taken medication for “fatigue and mental anxiety.” He might well have recovered from the cold, flu, or pneumonia that he was sick with at first, but to further complicate matters, Miller’s notes and records, found that the White House water supply was downstream of public sewage. With that newly revealed information, the conclusion now is that he likely died of septic shock due to “enteric fever” (typhoid or paratyphoid fever).

When Tyler took over, not everyone was happy about it. Tyler was a loyal supporter and advocate of states’ rights, including regarding slavery, and he adopted nationalistic policies as president only when they did not infringe on the powers of the states. His unexpected rise to the presidency posed a threat to the presidential ambitions of Henry Clay and other Whig politicians, and left Tyler estranged from both of the nation’s major political parties at the time. It was quite a predicament. When Tyler vetoed his fellow Whigs’ attempt to reestablish the National Bank, most of his cabinet resigned and he was thrown out of the Whig Party. What a 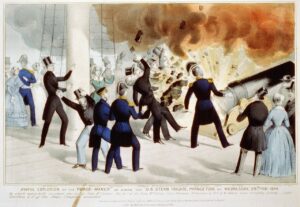 shock that must have been!! Tyler had already lost the support of the Democrats by denouncing Andrew Jackson’s policies as well, so Tyler became a president without a party. He began receiving death threats from both sides and quickly earned the enmity of Congress. His four years in office were chaotic. Nevertheless, he is credited with settling Canadian border disputes with Britain and beginning the annexation of Texas. Obviously, Tyler did not win a second term.

In 1844, during a cruise down the Potomac aboard the newly commissioned steam frigate USS Princeton, Tyler himself narrowly escaped death when the ships state-of-the-art cannon, called the Peacemaker, exploded as the crew fired a celebratory salute. The accident killed several people aboard, including two members of Tyler’s cabinet and his future wife’s father. Tyler was married twice. His first wife, Letitia Christian passed away in 1842, and he married Julia Gardiner in 1844. Between his two marriages, Tyler produced 15 children. Tyler’s unexpected ascendance to the presidency and the near-miss aboard the Princeton earned him the nickname of His Accidency.

After leaving the White House, Tyler retired to a Virginia plantation, originally named Walnut Grove (or “the Grove”), located on the James River in Charles City County. He renamed it Sherwood Forest, in a reference to the folk legend Robin Hood, to signify that he had been “outlawed” by the Whig Party. Tyler tried to broker a peace convention between the North and South on the eve of the Civil War, but he failed to reach an agreement with Abraham Lincoln on key issues. Denounced as a traitor by the North, Tyler fell in line with southern secessionists and, in 1861, was elected to the Confederate House of Representatives. Tyler suffered from poor health throughout his life. He was susceptible to colds and that got worse as he got older. On January 12, 1862, 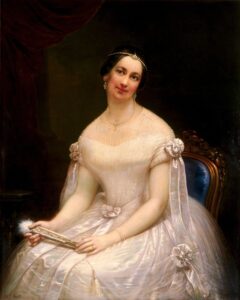 after complaining of chills and dizziness, he vomited and collapsed. Despite treatment, his health failed to improve, and he made plans to return to Sherwood Forest by the 18th. As he lay in bed the night before, he began suffocating, and Julia summoned his doctor. Just after midnight, Tyler took a sip of brandy, and told his doctor, “Doctor, I am going”, to which the doctor replied, “I hope not, Sir.” Tyler then said, “Perhaps it is best.” He died shortly thereafter, most likely due to a stroke. He was 71. His death occurred on January 18, 1862. Tyler’s death was the only one in presidential history not to be officially recognized in Washington, because by then, his allegiance was to the Confederate States of America.