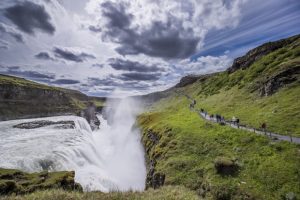 Many people have gone on a journey to find themselves. I used to think that those were mostly the Hippies, but the reality is that while most of us don’t necessarily go anywhere, we are on a mind journey to find ourselves, because for whatever reason we aren’t happy with where we are, or our situation has changed, and now we need to re-define ourselves.

One woman went on a visit to Iceland in 2012, and somehow managed to put a totally new spin on the idea of finding herself. The woman, decided to take a tour of Iceland’s southern volcanic region. The tour was going well, and everyone was having a great time. After a stop, the tour company driver counted all the passengers on the tour, and found that one woman was missing. The tour driver waited for an hour for the woman to return, assuming that she was just a little delayed or lost track of time at the stop. Finally, he had no choice but to report her missing to the police. 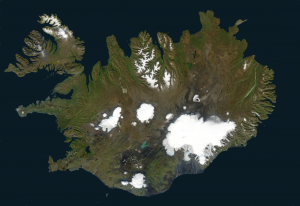 The missing woman was in Iceland’s southern volcanic region near the island’s Eidgja canyon, a remote but popular walking area for visiting tourists. The police set up search teams, which were dispatched to the area. They started combing the barren treeless hillsides looking for an Asian woman described as 5 foot 2 inches tall, and wearing dark clothing. The teams searched the area until 3am, when the search was finally called off. Oddly, it wasn’t called off because there was no hope of finding her, but because she was located…and, in the most bizarre way.

It turns out that the woman wasn’t missing after all. She had decided to freshen up a bit, and in the process, she changed her clothes. The people on the tour somehow didn’t recognize her with the different clothing, and since the woman’s name was not given, but rather, just a description of her, the woman had no idea that she had joined the search teams…in search of herself!! The minute it occurred to her that they were searching for 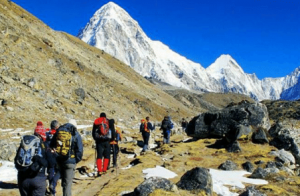 her, she quickly informed the police that she was the woman who was the subject of their search.

Sveinn Runarsson, the police chief in charge of the rescue, commented that “the people on the bus had not been counted correctly”. What a bizarre turn of events. Thankfully the woman was found, but the whole scenario would be quite hilarious, had everyone not been so concerned for her safety. I guess the moral of the story would be that in these situations, it might be a good idea to say the name of the subject of the search, so that if they happen to be there, they can tell you not to bother.