All Buff ~ No Fluff 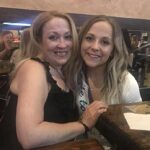 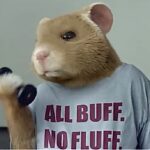 I can’t think of anything that is harder for a mom than watching your child go through some of the worst events of their lives. Many people who go through that kind of thing, would sit down and stew in their depression, but not my niece, Chantel Balcerzak. The past year has been harder on her and her daughter, Siara Olsen than it was for a lot of us. On January 25, 2020, Siara’s three month old son, Alec passed away after a short illness. On top of that her marriage fell apart, and she got divorced. It was the worst time of her life, and she needed the love and support of her family. Chantel stepped in and Siara moved home for a time of comforting and support from her parents. Both of these girls are strong women, and they were not going to sink further into depression. Instead, they supported each other, encouraged each other, and made a plan to have a year of self improvement. Chantel’s husband and Siara’s dad, Dave Balcerzak was right there too. Giving the girls the extra support they all needed. They were all hurting, but they had to move forward.

The girls took a look at themselves, and saw that as many people had done, during the Covid-19 shutdown, they and added a few pounds and lost some muscle, and they decided it was time to get back on the right track. So they began working out over Siara’s lunches, and even set a goal for them selves. They had seen a commercial in which some chipmunks who were out of shape decided to go for “All Buff ~ No Fluff” and they made that their goal. Siara has spent a number of years in high school and college as a cheerleader, and of course, she is 23 years younger than her mom, but she tells me that sometimes Chantel beats her when they are doing pushups, so that is really cool too. Chantel doesn’t do girly pushups anymore either. They do the hard kind where you are on your hands and toes. I believe the girls will reach their final goal of looking amazing. They have already come a long way.

Siara tells me that her mom was always there for here throughout this hard, hard year. She was there to comfort her and take her mind off of her troubles, and give her advise when she needed it. When Siara moved out again and got a place of her own, Chantel was there to help her decorate it and make it her own. Chantel is 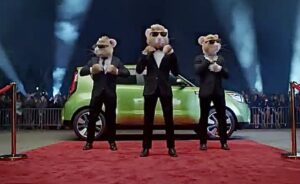 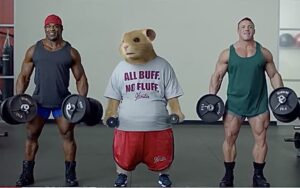 an artist, so of course, Siara’s place is incredibly beautiful, and that is a gift in itself. When the chips are down, Chantel is really the person you want to have in your corner. I’m very proud of her and Siara too. Today is Chantel’s 50th birthday. It’s a milestone, and she looks incredible for it. Happy birthday Chantel!! Have a great day!! We love you!!