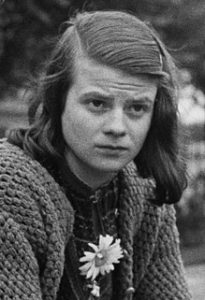 When we think of heroes during the Nazi years, we think mostly of men, but there were a few women who were real heroes too. One such woman, Sophia Magdalena Scholl, who was born on May 9, 1921, was a German student, who was also a serious anti-Nazi political activist. She was active within the White Rose non-violent resistance group in Nazi Germany. Scholl was the fourth of six children born to Magdalena (Müller) and liberal politician and ardent Nazi critic Robert Scholl. Her father was the mayor of her hometown of Forchtenberg am Kocher in the Free People’s State of Württemberg, at the time of her birth.

Scholl was brought up in the Lutheran church. She entered junior or grade school at the age of seven, and was considered an intelligent child who learned easily. Her childhood was a happy and carefree one. In 1930, the family moved to Ludwigsburg and then two years later to Ulm where her father had a business consulting office. These were definitely the best years of her life.

In 1932, after Scholl started attending a secondary school for girls, at the age of twelve, she chose to join the Bund Deutscher Mädel (League of German Girls), as did most of her classmates. It was as common as joining the girl scouts was in the United States. Her initial enthusiasm gradually gave way to criticism. She was aware of the dissenting political views of her father, friends, and some teachers. Even her own brother Hans, who once eagerly participated in the Hitler Youth program, became entirely disillusioned with the Nazi Party. Sophia was quickly learning of the horrors of Hitler and his Nazi regime. Political attitude had become an essential criterion in her choice of friends. The arrest of her brothers and friends in 1937 for participating in the German Youth Movement left a strong impression on her.

In 1943, with the Nazi movement in full swing, Sophia and her brother, Hans were at the University of Munich distributing anti-war leaflets when they were arrested and charged with high treason. Of course, handing out 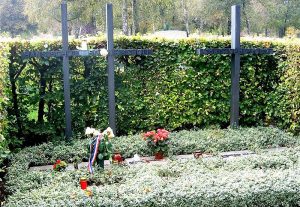 anti-war leaflets in the United States would never be considered cause for a high treason conviction, but then Sophia and her brother did not live in the United States. In the People’s Court before Judge Roland Freisler on 22 February 1943, Scholl was recorded as saying these words, “Somebody, after all, had to make a start. What we wrote and said is also believed by many others. They just don’t dare express themselves as we did.” There was no testimony allowed for the defendants; this was their only defense. The brother and sister were subsequently convicted of the high treason charges, and as a result, were executed by guillotine on February 22, 1943. Since the 1970s, Scholl has been extensively commemorated for her anti-Nazi resistance work.