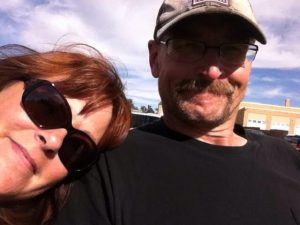 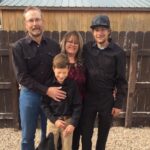 The past year has been a difficult one for my brother-in-law, Ron Schulenberg. Following the death of his wife, Rachel, Ron found himself a single dad with a 13-year-old son. Being a single dad after having been married, while no different than being a single mother, is different in that the dad is used to being the main breadw-winner and not the nurturer of the children. To top it off, not only is he a single dad, but his son is grieving the loss of his mom. Becoming a single dad and having a grieving son is a lot to take on at one time, but Ron has handled it well. No, it hasn’t been easy, but his son, Tucker is his top priority, and he will do anything for him. It’s the mark of a great dad.

Ron and Tucker have a lot in common. Even though there are years in between them, they like to do many of the same things. Tucker has wanted to do everything his Daddy was doing since he was two years old. That hasn’t changed. I have been very impressed to see Ron taking on all of the parent’s school responsibilities. So much of the time the “school stuff” falls to the mother, and often the dad feels out of place there. Nevertheless, whether he feels that way or not, Ron stepped up and while it may be outside of his comfort-zone, he is doing what he needs to do for his son. They have a great relationship, and Tucker really looks up to his to his dad. He has loved him since he was two, even before Ron legally adopted him. That was a great day for both of them. Tucker got the dad he needed, and Ron got the son he never had. Ron also got two great stepchildren, Cassie Franklin and Riley Birky; and three step-grandchildren, Lucas and Zoey Iverson, Jace Martin, and one on the way; (who Ron doesn’t think of as step at all). He feels very blessed, and they feel very blessed too.

Being a single parent is one of the hardest jobs in the world. It may not be all physical labor, but it is harder that many of the most rigorous physical labor jobs. Nevertheless, Tucker needs a parent who can do the things necessary to provide him a life of safety, security, and happiness. No one can promise no hardships, Ron and Tucker can attest to that, but Ron can doeverything in his power to make life happy for Tucker, and he does that quite well. Today is Ron’s birthday. Happy birthday Ron!! Have a great day!! We love you!!