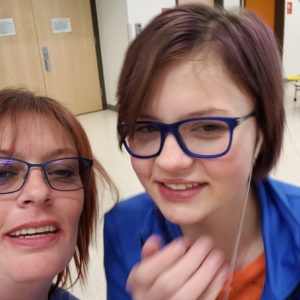 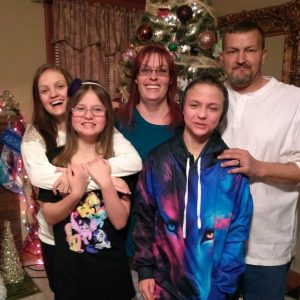 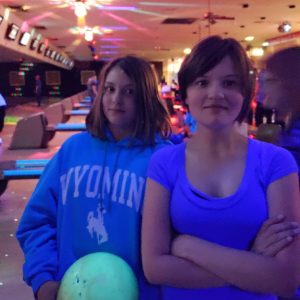 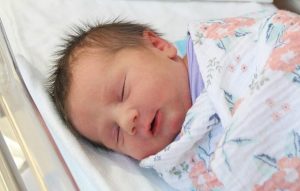 As we all know, the first day of May is May Day, and while that is true, there is a new special day in May that will now happen every year in the Parmely family…because, May 9th will forever more be Maeve Day. You might be wondering what holiday Maeve Day is. Well, on May 9, 2019, my nephew Eric Parmely and his wife, Ashley welcomed their adorable little baby girl named, Maeve Elizabeth Parmely into the world. Maeve is the youngest of Eric and Ashley’s four children, and little sister to sisters, Reagan Kaylynn and Hattie Joy, and brother, Bowen Lewis, who are just thrilled to have a new little sister.

Maeve has dark brown hair, big beautiful dark eyes, and cute baby cheeks. She weighed in at 6 pounds 11.9 ounces and was 20 inches long. She might be a tiny little girl now, but as she grows up, she will become a capable little farm girl like her older siblings, who will help their parents to teach her the ropes. Maeve has big shoes to fill, because her siblings have become veteran farm kids, but I have no doubt that she will become an expert very soon. Of course, she won’t be spending much time indoors, because her mom, Ashley just loads the babies up in a back pack or front pack and keeps right on working the farm, so she will get in on the ground floor very soon. Maeve will have lots of babies to share her life with, because babies seem to be the family business. Happy Maeve Day baby Maeve Elizabeth Parmely. This special day belongs to you!! We are so glad you are here.