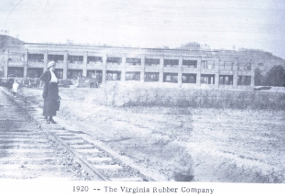 Several hundred people were employed by the Virginia Rubber and Tire Company in Saint Albans, West Virginia, on January 13, 1924. The business, located on 41 acres of land along the Kanawha River across from the present-day Ordnance Park (ca. 1941)…and before MacCorkle Avenue, was thriving in 1924. Established in 1920, it was only four years old. Unfortunately, the Virginia Rubber and Tire Company, was destined not to reach it’s fifth year. That fateful January day in 1924, brought with it a fire that destroyed the company, causing damage totaling $500,000. 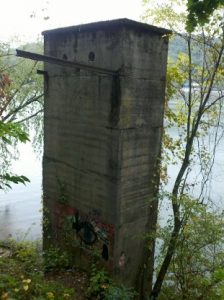 While I was unable to find much information as to the time and cause of the fire, it is noted that only about 10 percent of the tire stock was saved, and the rest was burned. That isn’t really surprising, since rubber tires are highly flammable. Unfortunately, it also doesn’t appear that all of the loss was covered by the company’s insurance. As an insurance agent, I can say that a property loss that was not completely covered by insurance could only mean that the company was underinsured, leaving gaps in the coverage. What is known about the loss is that the unpaid portion was enough to ensure that the company could never open their doors again. That meant that several hundred people were out of a job, and while they didn’t know it, the Great Depression was coming up quickly. I’m sure they all had jobs before that time, but it was quite likely that they would lose their jobs when that 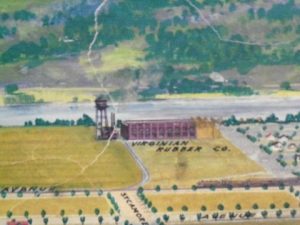 The good news about the fire was that it took no lives. The only loss was to the property. Nevertheless, the town would never be quite the same again. Other businesses would grow up where the rubber company had once been, but mostly it would be remembered as the site of Morgan’s Plantation Kitchen, originally established in 1846. I supposed the site went back to it’s former identity. Still, the total loss of the Virginia Rubber and Tire Company, manufacturer of tires, tubes, toy balloons, balls, and rubber dolls, would not be forgotten.