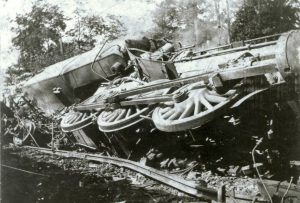 When a train derails, you know that there is going to be a big mess, and loss of life, or at the very least, injuries. And you would probably be right, but it would be a whole different situation, if multiple trains collided with each other. That is the exact scenario on January 17, 1929, in Aberdeen, Maryland, when two Pennsylvania Railroad passenger trains and a freight train all collided. While the collision was horrific, the loss of life was amazingly less that expected.

On that day, passenger train Number 412, bound from Washington to Philadelphia, struck the freight train, who was also northbound, just after it pulled from a siding, by Short Lane station, near Aberdeen. The freight cars toppled onto the southbound track, directly in front of express train Number 121, from New York to Washington. There was simply not time to avoid the disaster. The wreck killed four trainmen and seriously injured another. Conductors of the two passenger trains declared none of their passengers were seriously hurt. Brakeman, K. A. Klein, on the freight train, and flagman, V. W. Stewart, were both killed in the first crash; and engineer of the southbound express train, A. C. Terhune, and M. Goldstein, his fireman, were killed when their train ploughed into the wreckage.

Bodies of the two from the freight crew and of the passenger firemen were removed and taken to a morgue in Aberdeen, but the body of the express engineer was still under the engine five hours after the wreck. The workmen were prevented from recovering it by outpouring steam. Leon Sweeting, engineer of the northbound passenger train, was badly scalded and was taken to the Havre de Grace Hospital, where his condition was reported to be serious. John H. Lee, fireman on the same train, was in the hospital, suffering from shock. 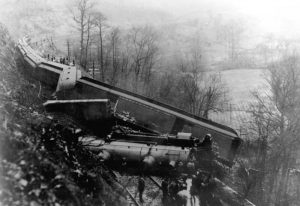 It is thought that heavy fog in the area, prevented the engineer of northbound number 412 from seeing the tail-light of the freight train right in front of him. Some passengers on the northbound and southbound trains were said to have been slightly injured, but none was reported in serious condition. The triple crash tore up about 150 yards of track and uprooted signal and telegraph poles. Trains had to be re-routed over the Baltimore and Ohio Railroad tracks, while relief trains were sent from Baltimore to Aberdeen. While this was not the worst wreck, in fatalities and injuries, I don’t recall too many, if any others involving three trains, and the experience must have been terrifying. 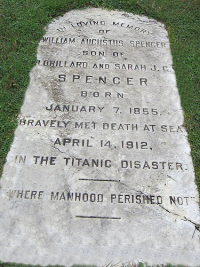