The Lows And The Highs 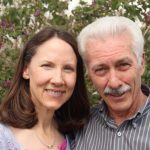 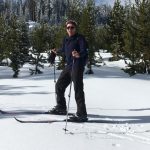 My brother-in-law, Brian Cratty has been my sister-in-law, Jennifer Parmely’s partner since July 25, 2011, and theirs has been really a wonderful relationship. They love doing the same things, like skiing, hiking, bicycling, snowshoeing, and hanging out at their cabin on Casper Mountain. They met at Wyoming Medical Center, where they both worked…she as a labor and delivery nurse, and he as a life flight pilot. Brian is retired now, and Jennifer soon will be, so their real adventures are coming up very quickly. 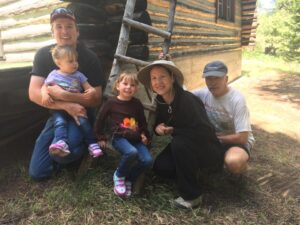 too. We have all grown to love him very much, and look to him as a brother, uncle, grandpa, and dad.

With their birthdays being so close together, Jennifer took this past week off, and the two of them made a trip to Colorado to have some fun…probably skiing, since Colorado had some new snow last week. They really do quite a bit of outdoor activities in Colorado, and I can understand why, because the Rocky Mountains have lots to do…for this fun loving, outdoor couple, even more to do than most people. While traveling is fun, I still think that their favorite place to be is on Casper Mountain at their cabin. It was pretty rustic when they bought it from a friend who, for health reasons, was unable to go there again, and moved to a warmer climate. When they bought it, the cabin was little more than a glorified tent. The interior needed lots of work. Brian and Jennifer have worked really hard to make it into the getaway they want, and I can say that it looks a lot better now. The land around it is much better too, and when they are at the cabin, they are close to some of the trails they love. Brian is probably more of a bicycler than Jennifer is, even though she loves to ride too. He will ride for hours on the mountain trails. Sometimes when the rest of the 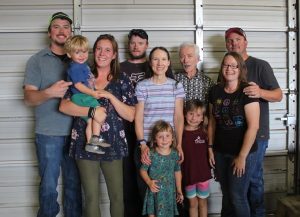 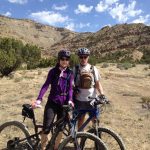 family are hiking, they cross paths with Brian on his bicycle.

Brian is a licensed pilot, and I sometimes wonder if he misses that part of his life. I know he could fly planes for people if he wanted to, but that would put him on someone else’s timeline again, and that is something most of us retired people don’t want to do. So, Brian spends his time doing the things he loves, and that suits him just fine. Today is Brian’s birthday. Happy birthday Brian!! Have a great day!! We love you!!