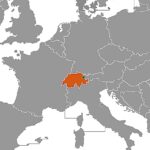 There are all kinds of records, but some are just stranger than others. Switzerland actually holds a strange record…for attacking its neighbor, Liechtenstein. This is particularly odd in that Switzerland is a neutral nation…very opposed to war!! In fact, Switzerland is the longest standing neutral nation in the world and has not taken part in a “war” since 1505. Its official stance of non-involvement had been decided during The Congress of Vienna in 1815, in which major European leaders met to discuss the nature of Europe after the defeat of Napoleon. Nevertheless, they do have an army.

Diplomatic and economic relations between Switzerland and Liechtenstein have been good. In fact, you could say relations were very good, with Switzerland accepting the role of safeguarding the interests of its tiny next-door neighbor. Liechtenstein has an embassy in Bern, Switzerland, and Switzerland is accredited to Liechtenstein from its Federal Department of Foreign Affairs in Bern and maintains an honorary consulate in Vaduz, Liechtenstein. The two countries also share an open border, mostly along the Rhine, but also in the Rätikon range of the Alps, between the Fläscherberg and the Naafkopf.

With all that “good will” between the nations, you would never expect conflict, but apparently, Switzerland has 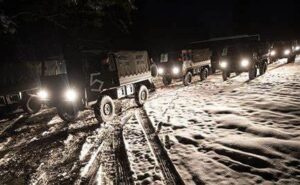 attacked Liechtenstein three times in 30 years. Of course, it was by mistake each time! How does that happen? Nevertheless, it did. The first time was probably the only “aggressive” accident of the bunch. On December 5, 1985, during an artillery exercise, the Swiss Army had launched munitions in the middle a winter storm. The wind took the munitions way off course, into the Bannwald Forest of Liechtenstein, and started a forest fire. No one was injured and the Liechtenstein government was very angry. Switzerland had to pay a heavy penalty for the environmental damage caused. The second attack took place on October 13, 1992. The Swiss Army received orders to set up an observation post in Treisenberg. They followed the orders and marched to Treisenberg. What they didn’t realize was that Treisenberg lies within the territory of Liechtenstein. They marched into Treisenberg with rifles and only later realized that they were in Liechtenstein. The last attack was on March 1, 2007. A group of Swiss Army infantry soldiers was in training when the weather took a bad turn. There was heavy rainfall, and the soldiers were not carrying any GPS or compass. Eventually, they ended up in Liechtenstein! Switzerland apologized to the Liechtenstein government for the intrusion, yet again.

Thankfully these “accidental” attacks were not of a deadly nature. They were really more a “comedy of errors” than an attack. Thankfully, the people of Liechtenstein saw the “attacks” for what they were, and tended to care for their “intruders,” rather than fight back. Of course, that would have been difficult too, since Liechtenstein does not have an army of their own, and so depended on the “protection” of their neighbors…when they didn’t accidentally attack them.