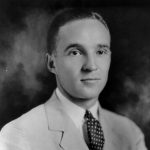 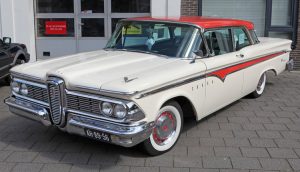 Despite having a domineering father, who was never pleased with anything he did, Edsel Ford, the son of the founder of Ford Motors is mainly remembered for the Edsel, a failed 1958-60 car model. In reality, he was one of the masterminds of the Allied victory in World War II. Against the wishes of his father, Edsel Ford telephones William Knudsen of the U.S. Office of Production Management on June 12, 1940, to confirm Ford Motor Company’s acceptance of Knudsen’s proposal to manufacture 9,000 Rolls-Royce-designed engines to be used in British and United States airplanes. In all, they would build, 9,000 B-24 Liberator bombers, 278,000 Jeeps, 93,000 military trucks, 12,000 armored cars, 3,000 tanks, and 27,000 tank engines, but it was not without a few stumbling blocks. Edsel and Charles Sorensen, Ford’s production chief, had apparently gotten the go-ahead from Henry Ford by June 12, when Edsel telephoned Knudsen to confirm that Ford would produce 9,000 Rolls-Royce Merlin airplane engines (6,000 for the RAF and 3,000 for the U.S. Army). However, as soon as the British press announced the deal, Henry Ford personally and publicly canceled it, telling a reporter: “We are not doing business with the British government or any other government.”

Unlike other automakers, Ford had already built a successful airplane in the 1920s called the Tri-Motor. That fact made them the logical choice when the war effort needed more planes. In two meetings in late May and early June 1940, Knudsen and Edsel Ford agreed that Ford would manufacture the new fleet of aircraft for the RAF on an expedited basis. The one significant obstacle was Edsel’s father Henry Ford, who still retained complete control over the company he founded, even though he had turned the figurehead control over to his son. Henry Ford was well known for his opposition to the possible U.S. entry into World War II, so it would be up to Edsel to convince him that it was necessary.

According to Douglas Brinkley’s biography of Ford, “Wheels for the World,” Henry Ford had in effect already accepted a contract from the German government. The Ford subsidiary Ford-Werke in Cologne was doing business with the Third Reich at the time, which Ford’s critics took as proof that he was concealing a pro-German bias behind his claims to be a man of peace. Nevertheless, as U.S. entry into the war became more of 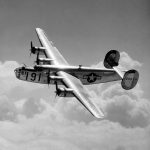 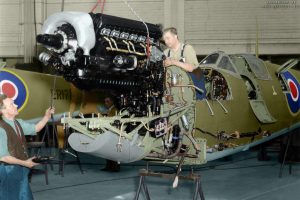 a certainty, Ford reversed his position, and the company opened a large new government-sponsored facility at Willow Run, Michigan in May of 1941, for the purposes of manufacturing the B-24E Liberator bombers for the Allied war effort. Ford Motor plants also produced a great deal of other war materiel during World War II, including a variety of engines, trucks, jeeps, tanks and tank destroyers. The production needs met by Ford Motor Company during World War II were instrumental in the Allied victory in that war.