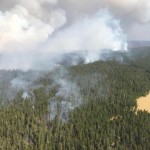 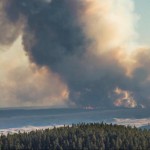 As with the 1988 fire, they tell us that the Natural Burn policy, another name for the Let It Burn policy, is in effect for this fire. The biggest problem with that policy is, of course, is that a fire burning unchecked can get so far out of control that it burns beyond human ability to put it out. It becomes an impossible task. That is what happened in 1988, and the whole nation was angry about it. In the end, that fire burned 1.2 million acres. Many people had the impression that the Park Service had failed badly. Nearly a third of Yellowstone National Park was badly burned. The Park Service said that the situation was inevitable because of the drought. Still, most people, me included, felt that if they had tried to fight it sooner, they could have saved a lot of the park from the hideous scarring damage it ended up with. 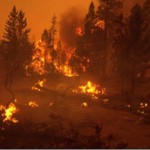 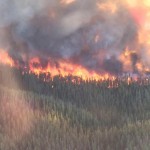 I understand that Yellowstone National Park has several fires each year, and that they usually burn themselves out in a short period of time, but in drought years, the Park Service simply can’t allow the fires to go. My concern with the current fire is that we are already at 2594 plus acres burned. How quickly is this fire going to get out of hand and how long before they will decide to do something about it?

The Yellowstone National Park fire of 1988 started in June and burned into November. It is a summer I will never forget. Our skies were constantly filled with smoke. The air stunk from the acrid smoke. It was hard for people to breathe. You couldn’t get away from it. I know this is how every person who lives in a fire area feels. I know I don’t have to explain this to anyone who has been around fires much. They already know more about wildfires than they ever wanted to. 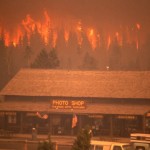 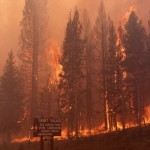 Yellowstone National Park, our oldest national park. It existed before the states where it is located were even states. I truly understand that fires are a natural part of the forest ecosystem, and that they get rid of dry brush that could bring about a worse fire, but I can’t see that it serves any good purpose to let 1.2 million acres of beautiful forest land burn and not even try to stop it. It destroys the homes of wildlife. It hurts the economy of the area it is in. All I ask is that the Park Service and the government remember just how important Yellowstone National Park is to the people of this nation.