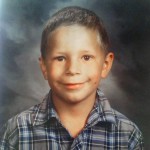 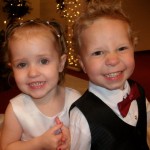 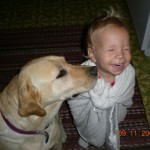 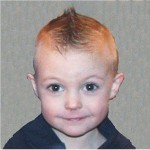 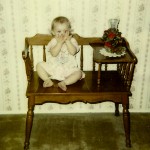 We all do it…throw kisses to people we care about. Most of us don’t even give it a second thought. But when it comes to babies we spend hours trying to teach them to throw kisses and laugh about the funny attempts at it. And there are many funny attempts. There is the back handed kiss, were they see the back of your hand so they think they need to use the back of theirs, so instead of kissing their palm or finger tips, the kiss the back of their hand. Then there is the kiss the palm, but forget to throw, where the hand just stays on the lips. I have even seen where the child sticks their finger in their mouth and then pulls it out. Somehow that one just doesn’t seem like a kiss, but what do I know. I guess they have seen their parents throwing a one finger kiss, but couldn’t quite get it right, so the finger went in the mouth instead up to the lip.

One of my favorites is the one my little granddaughter always did…the two handed kiss. She loved throwing kisses, and she would always use both hands. I guess she could throw bigger kisses if she used both hands. And maybe she just loved her grandma…that’s the best reason I can think of. I loved those thrown kisses, and now that she is so grown up, I miss that little girl, so bubbly and full of kisses and hugs. But, she has grown into a beautiful young lady, and I am very proud of her.

All too soon, the days of little baby thrown kisses are over and kids don’t want to throw kisses to parents and grandparents so much. Then you try your hardest to get those toddlers to throw you a kiss. The best way I have found is to tell them you want a hug. This might get the hug, but if it’s a boy, much of the time, they will throw a kiss instead… 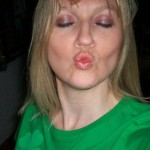 because hugging a girl…even a grandma, is…well, eeewwww!!

As adults, we no longer feel the embarrassment over thrown kisses, as we did as adolescent children. Then the thrown kisses start to happen more often. The kisses are different though…as we all know. They use the hands less, and are mostly meant to tell our loved ones how much we care. They can also be an expression of deep love for a spouse or significant other. They can even be used to attract someone we want to meet. Whatever we use them for…we never really stop liking those thrown kisses.