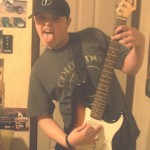 My second grandson, Caalab is good at sports. He plays basketball and football, but they really aren’t his first love, though he is a good player in both sports. Caalab has several artistic qualities, as well as being a great comedian. Caalab has been taking guitar lessons at school for several years, and is quite good at playing the guitar. He loves it when he and his dad can jam together.

Recently, Caalab has discovered that he is quite good at drawing. He was goofing around one day and decided to try to draw his favorite Disney character…Pluto. So he started drawing, and it came out perfectly, as you can see from the picture here. Now I don’t know about you, but I have tried to draw, and it was a disaster. You know, 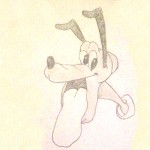 those “Can you draw this” contests…well, the answer for me is “No, I can’t.” One thing I’m definitely not…is an artist.

Caalab has some real talent…in several areas. He can do anything he chooses to do. Of course, like most kids his age, he is keeping his options open. Meaning that he doesn’t really know what he wants to do for life yet. His dad works in radio, and Caalab could easily go into radio too if he wanted, and with his quick wit, he would be good at it. He could go into music or art or be a comedian. Very few people can come up with the funny stuff that Caalab can. He can always make me laugh. And he never forgets a punch line. Most of us have forgotten the punch line and and stumbled around with several “um, um’s” before finally 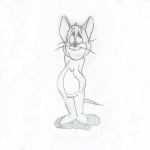 given up on telling the joke. But not Caalab. He has been telling jokes since he was 4 or 5 years old. He’s really good at it, as he is at several other things.

Caalab’s choices are many, and time is on his side. I know he will be good at whatever he chooses to do, but for right now, I think I’m glad he isn’t ready to go out into the world just yet. Like my other grandchildren, Caalab is growing up so fast, and I am not ready for him to be all grown up. When you first have grandchildren, you just don’t think ahead to when they will be grown, but that time comes all to fast, and I would like to slow it down some.