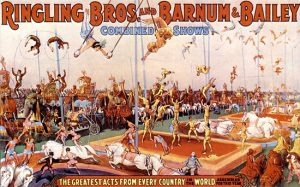 Most people have attended a circus at one time or another, although they are becoming a little more something from the past. Nevertheless, they used to be huge attractions, and when the circus came to town, almost the whole town turned out to watch the show. That was something that worked against the people of Hartford, Connecticut on July 6, 1944. At that time, Hartford was a city of approximately 13,000 people. The Independence Day festivities had just passed and now the circus was in town to continue the week’s excitement for the townspeople. The Ringling Brothers and Barnum Baily Circus was famous for its incredible show, held under a huge circus tent. At 8,000 people in attendance, about 2/3 of the town was there. It was going to be a great show, and the children of the town were beyond excited.

With the tent filled to capacity, a fire is the worst nightmare, but that is what they had. No one knows exactly what happened, and the 8,000 people inside really had no time in which to react. As panic spread as fact as the fire broke out under the big top of circus, killing 167 people and injuring 682. Two thirds of those who perished 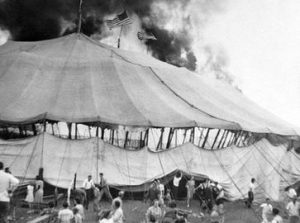 were children. The cause of the fire was unknown, but it spread at incredible speed, racing up the canvas of the circus tent. Suddenly, patches of burning canvas began falling on them from above, and a stampede for the exits began. People became trapped under fallen canvas, but most were able to rip through it and escape, but after the tent’s ropes burned and its poles gave way, the whole burning big top came crashing down, trapping those who remained inside. Within 10 minutes it was over, and some 100 children and 60 of their adult escorts were dead or dying.

The fire investigation revealed that the tent had undergone a treatment with flammable paraffin thinned with three parts of gasoline to make it waterproof. These days, no on would consider using gasoline for such a purpose, but unfortunately at that time it was used. Ringling Brothers and Barnum and Bailey Circus eventually agreed to pay $5 million in compensation, and several of the organizers were convicted on manslaughter charges. In 1950, the cause was finally uncovered in the case when Robert D Segee of Circleville, Ohio, confessed to starting the Hartford circus fire. Segee claimed that he had been an arsonist since the age of six and that “an apparition of an Indian on a

flaming horse often visited him and urged him to set fires.” In November 1950, Segee was convicted in Ohio of unrelated arson charges and sentenced to 44 years of prison time. The Hartford investigators raised doubts over his confession. Segee had a history of mental illness, and it could not be proven he was anywhere within the state of Connecticut when the fire occurred. Connecticut officials were also not allowed to question Segee, even though his alleged crime had occurred in their state. Segee, who died in 1997, denied setting the fire as late as 1994 during an interview. Because of this, many investigators, historians, and victims believe the true arsonist…if it was indeed arson…was never found. 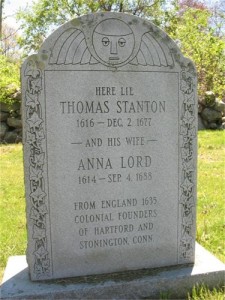 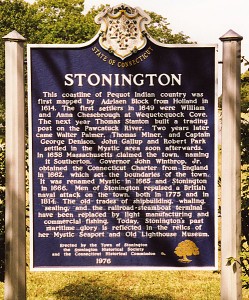