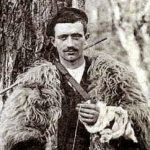 In a time when so much in our world is chaotic and serious, today seems like a good time to explore the lighter side of life. We have all seen the different feats performed for the Guinness Book of World Records. There are many people who attempt and fail to break the world record, and that is sad, because they have worked so hard to set it up, and it would probably take a long time to set it up again. Still, if a world record was easy to obtain, it wouldn’t really be so special.

In the latter part of the nineteenth century, and long before the August 27, 1955 first publication of the Guinness Book of World Records, a local baker named Sylvain Dornon decided that he was going to make his mark on history. He decided that he was going to a bygone Landaise tradition of walking on stilts. Dornon was a baker in Arcachon, and I’m not sure what made him decide to take on such a feat, when he already had a decent business that needed his attention. Nevertheless, Dornon, who was born in 1858 in Salles, to the east of Arcachon and at the northern tip of the Landes, was fascinated with stilts. Normally, the use of stilts, or “échasses” as they were called, were primarily used by shepherds, because they were an easy way of maneuvering through marshy land and as a means of extending their field of vision when watching over their flock of sheep. Messengers and postmen, keen on time-saving and maintaining a steady step used stilts too, but as the wetlands became drier, the use of stilts began to die out. Dornon hated to see that period end, and decided to do something about it.

In the beginning of his quest, Dornon organized demonstrations and performances. In true street entertainment style, spectators were invited to make generous donations at the end of the show. The concept proved successful, but Dornon felt he and his stilts deserved greater exposure. So, he kicked things into high 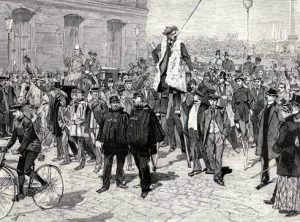 gear, in September of 1889, he travelled to Paris for the Exposition Universelle, and there, he walked up the steps to the second level of the Eiffel Tower. The stunt made Dornon almost a household word, for a while.

Dornon was inspired by the publicity he received, and by the tales of eccentric Russians travelling on foot from the western frontier of their country to France. He set himself a goal to stilt-walk all the way from Paris to Moscow, planning his arrival to coincide with a Franco-Russian exhibition being held there in May 1891. The trip would not be a free way to travel, so he set about securing financial backing from the magazine L’Illustration, began making two new pairs of stilts: one set measured 44 inches long and weighed about 7 pounds. The second, longer pair was 70 inches long, and was sent to Moscow, along with trunks of clothes.

Dornon was dressed in full Landais shepherd clothing…including goat-skin coat and beret, carrying a bag containing maps, a few spare clothes and a loaded gun…for safety. He was dressed in the authentic attire for the period he was portraying. Dornon set out from Place de la Concorde in Paris on March 12th 1891, surrounded by a 2,000-strong crowd of enthusiastic supporters! He walked an average of 37 miles a day, which I find amazing, considering that I walk an average of 15 miles a day, and I think that is an accomplishment. Even harsh weather conditions and poor road surfaces, didn’t slow him down. Dornon cruised through Reims, Sedan, Luxembourg, Koblenz, Berlin, Wilna and on to Moscow. He was joined periodically by walkers and cyclists for stretches of the route. Progress was also sometimes hindered by uncooperative policemen or children who would throw stones at him, not to mention downright hostile observers, notably in Germany where the sight of a Frenchman on stilts did not systematically prove popular. There always has to be someone 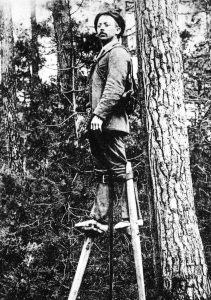 to ruin things. Still, Dornon never failed to find a local who had heard of his venture or a hotel bed to sleep in.

After 58 days and 1786 miles, Dornon arrived in Moscow preceded by a police cortege. He was hailed by a crowd chanting “Vive la France!” and treated to a champagne reception, although the staff at the French exhibition weren’t too impressed. Dornon wasn’t allowed to stilt-walk at the event and wasn’t even given a courtesy ticket…nice, he had to pay to get into his own reception. When the festivities were over, he boarded a train for the much-shorter trip home, where he went back to his job as a baker.

He still liked to take part in races and dance performances throughout the region up until his death in 1900 aged just 42. Dornon did leave a legacy…that of reviving a Landaise tradition which had already died out, and the concept he developed lives on to this day, with many échassier folk dance troupes continuing to entertain the masses. 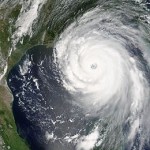 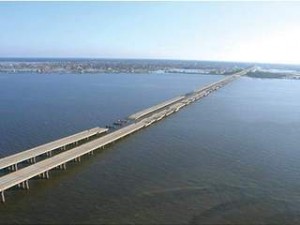 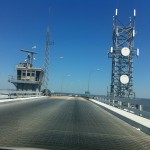 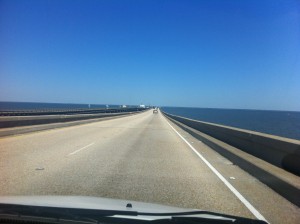