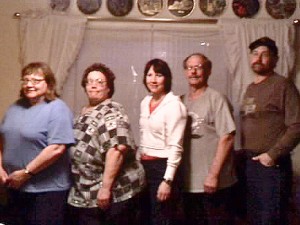 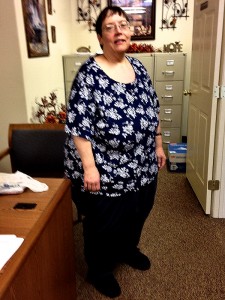 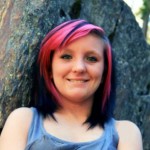 A few days before my first two grandchildren were born, my nephew and his wife at the time, had their daughter, Christina. Maybe because of having their birthdays close together, and maybe not just because of that, Christina and my granddaughter, Shai have always been good friends. For a long time, Christina lived in Texas, and Shai was not able to see much of her, but when she moved back to Casper, it was as if they had never been apart. Cousins aren’t always good friends, but it is a little more common in our family, and since Christina and Shai are the only girls near their age, it made sense that they should be friends.

Christina has always been a bit flashy…not unlike most kids her age. Her favorite thing was to dye her hair is wild ways. Her aunt, my niece, Toni was that way. She dyed her hair just about every color in the book. It is Christina’s goal to dye her hair as many colors as her Aunt Toni. While I don’t dye my own hair, and have always liked my natural color, I know a lot of people like to spice it up a bit, and that is their right. Some of her colors have been wild and crazy, while others are fairly standard colors. Either way, you never know exactly what to expect with Christina.

Still, as spicy as she can be, Christina is a very sweet girl, and I love her very much. She lived in Texas for a number of years, and so we didn’t have as much chance to get to know her as she was growing up. When she came home for visits, she often told me that she missed the closeness to the rest of the family. It is something that goes along with living away from the rest of a close family, unfortunately, and it can be very hard on the kids. It’s no one’s fault…it just is. Now, while Christina misses her mom and little brothers, she is living in Casper again with her dad, step-mom, and little sisters and brother on her dad’s side. I know that there are times that she is torn because of missing the other half of her family, but we are very happy to have her here with us.

Today is Christina’s Sweet Sixteenth Birthday…that very special birthday in the life of a kid. Soon she will be driving and the next thing we know she will be graduating. Time goes by so fast. I remember well the day she was born…and it seems like only yesterday. Happy birthday Christina!! We love you!!