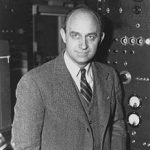 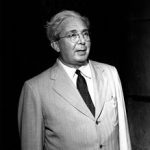 It’s no secret that various governments have had secret projects over the years to create bigger and better weapons of war to be used against enemy governments in the event of a war. I think that there are those who believe that only rogue countries do this sort of thing, but that isn’t so. In the United States, where Enrico Fermi, an Italian physicist and the creator of the world’s first nuclear reactor, and Leó Szilárd a Hungarian-German physicist and inventor; had both emigrated to America, the discovery of the nuclear chain reaction led to the creation of the first man-made reactor, known as Chicago Pile-1, which achieved criticality on December 2, 1942. This work became part of the Manhattan Project, a massive secret U.S. government military project to make enriched uranium and by building large production reactors to produce enriched plutonium for use in the first nuclear weapons. The United States would test an atom bomb in July 1945 with the Trinity test, and eventually two such weapons were used in the atomic bombings of Hiroshima and Nagasaki. Of course, weapons of warfare are not the only use for nuclear power, but they are what most of us think about when we think about going nuclear.

In reality, much more has come from nuclear energy. In August 1945, the pocketbook The Atomic Age, became the first widely distributed account of nuclear energy. It discussed the peaceful future uses of nuclear energy and painted a picture of a future where fossil fuels would go unused. Nobel laureate Glenn Seaborg, who later chaired the Atomic Energy Commission, is quoted as saying “there will be nuclear powered earth-to-moon shuttles, nuclear powered artificial hearts, plutonium heated swimming pools for SCUBA divers, and much more.” Then, on December 20, 1951, came the first light bulbs ever lit by electricity generated by nuclear power at EBR-1 at Argonne National Laboratory West.

Nuclear power is still producing electricity today. The United States has more than 100 reactors, although it creates most of its electricity from fossil fuels and hydroelectric energy. Nations such as Lithuania, France, and Slovakia create almost all of their electricity from nuclear power plants. Uranium is the fuel most widely used to produce nuclear energy. I think most people have heard of the disasters at Chernobyl, April 26, 1986, Kyshtym, September 29, 1957, Three Mile Island, March 28, 1979, and Windscale, October 10, 1957. Some were worse than others, but all were scary situations. I don’t know how I feel about the use of nuclear power as opposed to fossil fuels, hydroelectric energy, or wind energy, because I think that quite possibly each has their place, and that it would be difficult to rely on just one type of fuel.

The United Kingdom, Canada, and the USSR continued to research and develop nuclear industries over the course of the late 1940s and early 1950s. Electricity was first generated by a nuclear reactor on December 20, 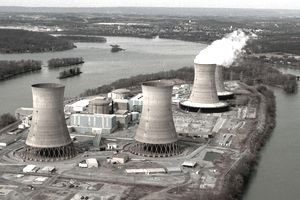 1951, at the EBR-I experimental station near Arco, Idaho, which initially produced about 100 kW. In the United States work was also strongly researched on nuclear marine propulsion, with a test reactor being developed by 1953…eventually, the USS Nautilus, the first nuclear-powered submarine, would launch in 1955. Then, in 1953, President Dwight Eisenhower gave his “Atoms for Peace” speech at the United Nations. In it he emphasized the need to develop “peaceful” uses of nuclear power quickly. The concern was over any further us in war situations. This was followed by the 1954 Amendments to the Atomic Energy Act which allowed rapid declassification of United States reactor technology and encouraged development by the private sector.