Rejected From Every Medical School 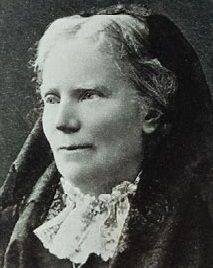 In the mid-1800s, it was unheard of for a woman to be a doctor. They were barely allowed to be a nurse, although they were somehow expected to be able to do all the “nursing” duties for their own family. Elizabeth Blackwell was born February 3, 1821 and she was about to change things forever. She first became a physician in England, and then she became the first woman to receive a medical degree in the United States, and the first woman on the Medical Register of the General Medical Council. I’m not a big “women’s libber,” but sometimes women need to decide what they want to do in life, and go for it. Elizabeth Blackwell played an important role in both the United States and the United Kingdom as a social awareness and moral reformer. She promoted education for women in medicine.

Strangely, Blackwell was not interested in a career in medicine at first. In fact, when her schoolteacher brought in a bull’s eye to use as a teaching tool, Blackwell found that she didn’t feel so well. So, initially, she became a schoolteacher in order to support her family. Teaching school was one of the few “acceptable” occupations for women during the 1800s. Unfortunately for her, she hates every minute of teaching, but she found that medicine and medical subjects did interest her.

Her interest in medicine began after a friend fell ill and told her that, if a female doctor had cared for her, she

might not have suffered so much. Blackwell decided then and there that she would go to medical school. She began applying to medical schools and immediately found out that there was a prejudice against women students of medicine. In fact, there was no such thing, and the school and other students intended to keep it that way. That prejudice against her gender would persist throughout her career, but it did not stop her.

She was rejected from every medical school she applied to, except Geneva Medical College, currently known as State University of New York Upstate Medical University. Amazingly, her acceptance came after the male students voted for her acceptance. And so it was that in 1847, Elizabeth Blackwell became the first woman to attend medical school in the United States. Her inaugural thesis on typhoid fever was published in 1849 in the Buffalo Medical Journal, shortly after she graduated. It was the first medical article ever published that had been written by a woman female student from the United States. In what was considered a perspective that was deemed by the medical community as feminine, the thesis “portrayed a strong sense of empathy and sensitivity to human suffering, as well as strong advocacy for economic and social justice.”

In 1857, Elizabeth Blackwell founded the New York Infirmary for Women and Children with her sister Emily Blackwell, and began giving lectures to female audiences on the importance of educating girls. She also played a significant role during the American Civil War by organizing nurses. Her contributions remain celebrated with the Elizabeth Blackwell Medal, which is awarded annually to a woman who has made significant contribution to 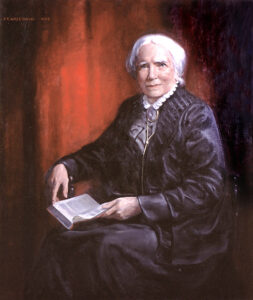 the promotion of women in medicine. Blackwell remained active even into her later years. In 1895, she published her autobiography, Pioneer Work in Opening the Medical Profession to Women. It was not very successful, selling less than 500 copies. After this publication, Blackwell slowly relinquished her public reform presence, and spent more time traveling. She visited the United States in 1906 and took her first and last car ride.

While holidaying in Kilmun, Scotland in 1907, Blackwell fell down a flight of stairs, and was left almost completely mentally and physically disabled. On May 31, 1910, she died at her home in Hastings, Sussex, after suffering a stroke that paralyzed half her body. Her ashes were buried in the graveyard of Saint Munn’s Parish Church, Kilmun, and obituaries honoring her appeared in publications such as The Lancet and The British Medical Journal.