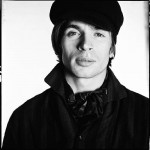 On this day, June 16, 1961, the star of the Soviet Union’s Kirov Opera Ballet Company, Rudolf Nureyev defected while on a tour with the ballet company in France. He was 23 years old. It was a huge blow to the Soviet Union, both in the loss of Kirov Opera Ballet Company’s star, and that it severely damaged Soviet propaganda that touted the political and artistic freedom in Russia. But, Nureyev was not the first to defect, nor would he be the last. Communism had taken over Russia after the Russian Civil War, in which the Red Army successfully defended the Bolshevik government against various Russian and anti-Bolshevik armies. The Bolsheviks were Communist, and Russia would never be the same after their takeover.

My 4th great grandfather, Johann Georg Beyer was born in Germany in 1752, but the family immigrated to Russia in the mid 1700s, probably due to a poor economy in Gemany at the time. Later, when things heated up in Russia, the family decided to make the move to America. They worried about the impact Communism would have on their family, not to mention the fact that people were being pressed into service…even as young children. I believe that they got out pretty much in the nick of time to keep their family from being torn apart, however, one son was taken and to my knowledge, never heard from again.

There are many reasons why people would do everything they can to escape a Communist regime, and I’m sure that is also why Nureyev defected. I suppose that his life was different, since he had a talent that Russia wanted more than putting him in the army, but what if he could no longer dance? And what of his family should he have one? They might not be able to dance, and so might be forced to go into the army. And Russia has been saying that they had political and artistic freedom, but as we all know, that wasn’t true in reality. After defecting, Nureyev continued his career as a dancer. Over the next 30 years he danced with England’s Royal Ballet and the American Ballet Theatre. He was in great demand as both a dancer and choreographer, and even 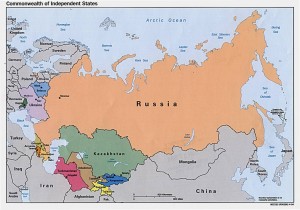 made a few films, including an unsuccessful stint as the silent film star Rudolf Valentino. In 1983, he took over as ballet director of the Paris Opera. In 1989, he briefly returned to the Soviet Union to perform. He died in Paris in 1993.

While, Nureyev chose to return to Russia for a performance, possibly to show them that he was a free man, my grandfather’s family chose never to return to Russia, or to German as far as I know. It could have been that they distrusted the ability to get back out, but I think they just longed for a peaceful life, in a free nation, free from the tyranny of a corrupt government. That makes me wonder what they would think of things here in America now.