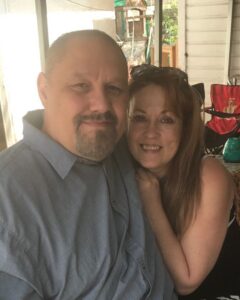 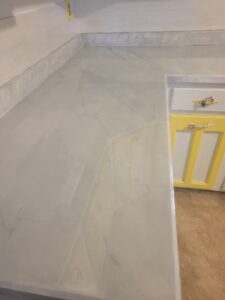 My niece, Chantel Balcerzak has a knack for putting a sense of style and flair in her home. Chantel is not a trained Interior Designer, but she might as well be, because she is so good at it. Some of the work she does reminds me of some of the DIY channel shows. I don’t know if Chantel could actually flip houses, but she could certainly be the decorator in the end. She is starting to dabble a little bit in things like changing out countertops and such, and I know she will be great at that too, because Chantel is great at everything, she sets her mind to. She recently painted a marble look on her countertops and epoxied them to seal it. They really do look professionally done!! She can truly do anything, and it amazes everyone who has seen her work. She also has a second level of her kitchen counters that goes into the family room. She is putting butcher block in that, and I can’t wait to see it.

Chantel and her daughter, Siara Olsen work out every day during Siara’s lunch break, and Siara is so proud of how much Chantel has improved and how great she looks. Chantel started out using weights that were under 8 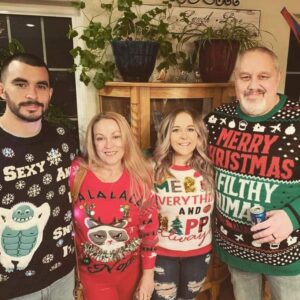 pounds. Now, Chantel has gone up in weights and no longer needs 8-pound weights for anything anymore. Sometimes, Chantel’s granddaughter, Izabella Siara Harmon (named after her aunt) joins them, and she loves the girl-time comradery…and the exercise doesn’t hurt anything either. The three of them are growing stronger every day and feeling great.

Chantel is very dedicated to God. She seeks His will for her life, and for the lives of her family, and then works to follow His leading…and she does it with peace in her heart. Chantel’s son, Jake Harman says very much the same thing about her. He tells me that she is “the best mother and friend anyone could ask for.” Jake says, “She is the greatest person to talk to about anything because she always says what you need to hear, and she always brings scripture and God into too.” It is so helpful to him to know that she has his best interests at heart, even if they don’t always agree. Jake knows that his mom loves him and his family, and that she would never lead 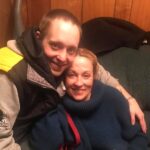 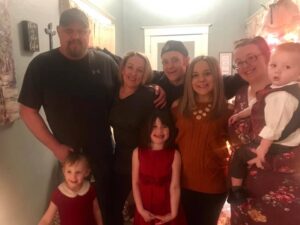 him in the wrong direction. Jake also tells me that his mom is the funniest person to pick on and probably the worst Beat Sabers player of all time. I’m sure that’s another thing Jake can and does pick on her about…which always makes being around her a blast. Jake calls his mom, “my best friend and mortal enemy, all at the same time.” I suppose that is how a lot of kids feel about their mom. Today is Chantel’s birthday. Happy birthday Chantel!! Have a great day!! We love you!!