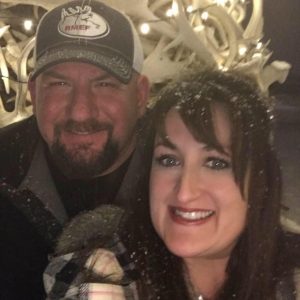 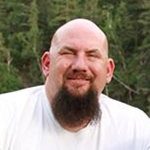 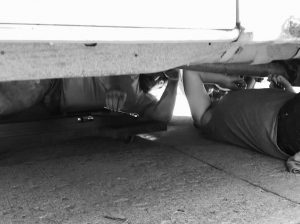 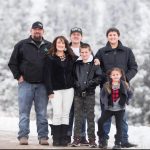 Everyone has heard the term, Uncle Sam used when referring to the United States government, but while the government and the people of the United States have “adopted” that term to mean the United States government, it was really never intended to be so. If you ask most people, the average older American would most likely point to the early 20th century and Sam’s frequent appearance on army recruitment posters. Nevertheless, the figure of Uncle Sam actually dates back much further than that. The actual figure of Uncle Sam, dates from the War of 1812. At that point, most American icons had been geographically specific, centering most often on the New England area. However, the War of 1812 sparked a renewed interest in national identity which had faded since the American Revolution.

The term Uncle Sam was actually the nickname of a man named Samuel Wilson, who was a meat packer from Troy, New York. Sam supplied rations for the soldiers during the War of 1812. He had served in the American Revolution at the age of 15, and while he was born in Massachusetts, he relocated to the town of Troy, New York after the war. In Troy, Samuel and his brother, Ebenezer began the firm of E and S Wilson, a meat packing facility. Samuel was a man of great fairness, reliability, and honesty, who was devoted to his country. All of the local residents really liked Samuel, and they began calling him Uncle Sam.

During the War of 1812, the demand for meat supply for the troops was badly needed. Because he had been a soldier, Samuel had a soft spot in his heart for the soldiers. Secretary of War, William Eustis, made a contract with Elbert Anderson Jr of New York City to supply and issue all rations necessary for the United States forces in New York and New Jersey for one year. Anderson ran an advertisement on October 6, 1813 looking to fill the contract. The Wilson brothers bid for the contract and won. The contract was to fill 2,000 barrels of pork and 3,000 barrels of beef for one year. Their location on the Hudson River, made it ideal to receive the animals and to ship the product. As a security measure, the contractors were required to stamp their name and where the rations came from onto the food they were sending. Wilson’s packages bore the label “E.A. – US,” which stood for Elbert Anderson, the contractor, and the United States. When an individual in the meat packing facility asked what it stood for, a coworker joked and said it referred to Sam Wilson, Uncle Sam. A number of the soldiers were originally from Troy, and familiar with Samuel. When they saw the designation on the barrels, they, being acquainted with Sam Wilson and his nickname Uncle Sam, as well as the knowledge that Wilson was feeding the army, led them to the same conclusion. The local newspaper soon picked up on the story and Uncle Sam eventually gained widespread acceptance as the nickname for the U.S. federal government.

This is, of course, an endearing local story, and therefore, leaves some doubt as to whether it is the actual source of the term. Uncle Sam is mentioned previous to the War of 1812 in the popular song “Yankee Doodle,” which appeared in 1775. Nevertheless, the song doesn’t make it clear whether this reference is to Uncle Sam as a metaphor for the United States, or to an actual person named Sam. Another early reference to the term appeared in 1819, predating Wilson’s contract with the government. The connection between this local saying and the national legend is not easily traced. As early as 1830, there were inquiries into the origin of the term Uncle Sam. The connection between the popular cartoon figure and Samuel Wilson was reported in the New York Gazette on May 12, 1830. Whatever the source, Uncle Sam immediately became popular as a symbol of an ever-changing nation. His “likeness” appeared in drawings in various forms including resemblances to Brother Jonathan, a national personification and emblem of New England, and Abraham Lincoln, and others. In the late 1860s and 1870s, a political cartoonist named Thomas Nast began popularizing the image of Uncle Sam…building on the warm fuzzy feel of a beloved uncle. Nast continued to evolve the image, eventually giving Sam the white beard and stars-and-stripes suit that are associated with the character today.

However, it was a military recruiting poster, created in about 1917, that set the image of Uncle Sam was firmly set into American consciousness. The famous “I Want You” recruiting poster was created by James Montgomery Flagg and four million posters were printed between 1917 and 1918. The image was a really powerful one: 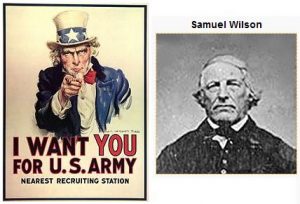 Uncle Sam’s striking features, expressive eyebrows, pointed finger, and direct address to the viewer made this drawing into an American icon. Throughout the years, Uncle Sam has appeared in advertising and on products ranging from cereal to coffee to car insurance. His likeness also continued to appear on military recruiting posters and in numerous political cartoons in newspapers. Finally, in September of 1961, the U.S. Congress recognized Samuel Wilson as “the progenitor of America’s national symbol of Uncle Sam.” Samuel Wilson died at age 88 in 1854, and was buried next to his wife Betsey Mann in the Oakwood Cemetery in Troy, New York. The town proudly calls itself “The Home of Uncle Sam.”