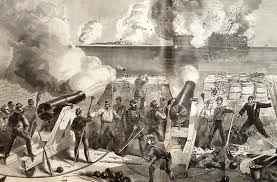 I think that anyone who has studied the Civil War, knows that it got started when the Confederates attacked Fort Sumter on April 12, 1861…officially anyway. Of course, the Civil War was all about slavery, and the North and South could not agree on the issue. As with all wars, there was some posturing before the war actually got started. Each side tries to scare the other into compliance, but sometimes that just doesn’t work out. The strange thing about the Civil War was that the “posturing stage” of the war ended up being a comedy of errors, when an inexperienced gunner accidently discharged his cannon into the fort on March 12, 1861. After the error, in which no one was hurt or killed, thankfully, the Confederates had to row over and apologize for the mistake. That strikes me as really funny, because everyone knew the war was coming, but just not when it would start.

All that “practice” apparently didn’t help either, because when the war actually started, they fired over 3,000 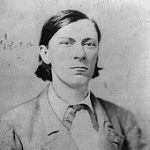 shells at the fort without injuring a single Union soldier. Nevertheless, the men at the fort were apparently intimidated, because they surrendered and a Confederate officer named Roger Pryor rowed out to negotiate the terms. As the discussion progressed, Pryor casually got up, poured himself a glass of whiskey. Probably not the best idea. He downed it in one gulp, before finding out that it was actually a bottle of medical iodine that happened to be nearby. Pryor’s “Three Stooges” moment ended with army doctors frantically pumping his stomach while nervous Union officers wondered how they were going to explain poisoning the negotiator. I can see it all now. The Union doctors were scrambling to save Pryor’s life, all the while thinking that the Confederate soldiers were going to accuse them of trying to murder him. Fortunately, Pryor survived, but the comedy of errors did not end there. In what would become one last screw-up, and to mark the surrender, the Union commander ordered his gunners to fire a salute. Once again, the “training” given was lacking or the soldiers were just careless. The gunners piled cartridges next to 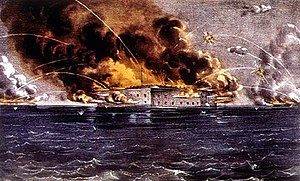 their cannons…in a high wind. The resulting explosion killed two of their own men, the only casualties of the siege.

The war had at least one other comedy of errors, this time in Congress. In 1858, tensions between pro-slavery and anti-slavery factions were so heated that a huge brawl broke out between at least 30 Congressmen on the House floor. This was not just an argument, it was a brawl, and it only came to an end when Mississippi’s William Barksdale had his wig knocked off. Since Barksdale never admitted to wearing a wig, he quickly snatched it back up and put it on inside out, causing everyone to stop fighting and start laughing instead. Barksdale didn’t think it funny, but I do.