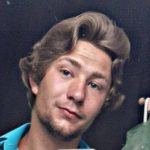 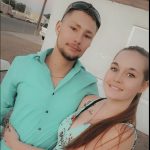 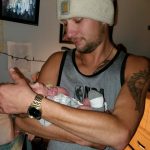 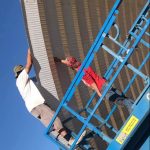 From the end of World War II, until the mid 1990s, the world was in the middle of the Cold War. The Soviet Union had developed atomic weapons, and they were threatening to use them. Tensions were high, because they were flexing all the military muscle they could. A common part of the administration was make sure that the people of the United States were ready for the very real possibility of an attack. The Eisenhower administration formed the Federal Civil Defense Administration (FCDA), later called the Office of Civil Defense, to instruct the people on what to do in the event of a nuclear attack.

On this day, October 6, 1961, President Kennedy urged the people of the United States to build bomb shelters, so they could live through the nuclear fallout in the event of an attack. I was a girl of just five years, in 1961, but I vividly remember seeing those fallout shelters and knowing that it was possible that the day could come when we might have to take shelter there. That is pretty scary stuff for a five year old girl, but it was simply the world we lived in. 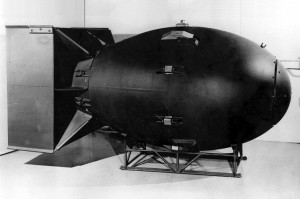 When I fast forward to this day and age, I have to wonder why some of the same precautions aren’t being put in place by this administration. We all know that Iran has nuclear weapons, and Russia, along with China, are beefing up their forces too. In many ways, the Cold War is in full force again, and no one seems to be reacting to the dangers. Maybe it is because we are getting used to the threat of nuclear war, but it still seems odd to me that there is not more preparation. Even I must admit that as a child, the fallout shelters were a source of unease for me, but now…even with the threat of nuclear war constantly in the news, I just don’t feel the same kind of concern…though maybe I should.

A fallout shelter was intended to reduce casualties in a nuclear war. It is designed to allow those inside it to avoid exposure to harmful fallout from a nuclear blast and its likely aftermath of radiation until radioactivity has dropped to a safer level. A basic fallout shelter consists of shielding that reduces gamma ray exposure. The most dangerous fallout has the consistency of sand or finely ground pumice, so a fallout shelter would not need to filter fine dust from air. The fine dust emits relatively little radiation. Concrete, bricks, earth, and sand are 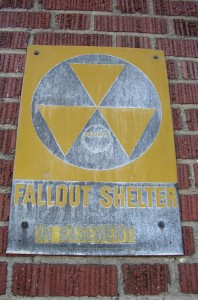 some of the materials that are dense or heavy enough to provide fallout protection. Basically this shelter could be much like a tornado shelter, except that it would need to have a door that seals completely.

Concrete was the most often used building material of fallout shelters, with walls at least 12 inches thick. The required shielding could be accomplished with 10 times the amount of any quantity of material capable of cutting gamma ray effects in half. Shields that reduce gamma ray intensity by 50 percent include 0.4 inches of lead, 2.4 inches of concrete, 3.6 inches of packed dirt or 500 feet of air. I suppose the main concern for most of us the difficulty building one of these shelters, Nevertheless, that is exactly what President Kennedy urged the people to do, and what many of them did do. It was terrifying stuff, and it makes you wonder what is wrong with people who would even consider detonating one of these nuclear bombs.