Par For The Course

My nephew, Ryan Hadlock is a very tall man, having taken after his dad, Chris Hadlock who is 6’4″ tall. Ryan isn’t quite as tall as his dad, but at 6’3″ tall, he still towers over most people. Nevertheless, while he teases everybody, and tries to act like a tough guy, Ryan is really a big teddy bear. He is a quiet man, until you get to know him, and then he becomes more talkative. Of course, as his aunt, I have never really known a time when Ryan was shy with me or other family members. That can be a good thing, but it can also make me a target for his teasing, Thankfully, I don’t mind teasing, and I would probably wonder if Ryan was mad at me, if he didn’t tease me. That is par for the course in our family, and we wouldn’t have it any other way. We always know that the teasing is done in good fun, and never mean, so we all welcome it. It just adds to the family fun. 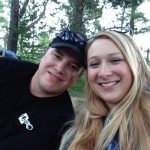 Ryan works hard to take care of his family. He has worked at Fleur de Lis Energy for a number of years, where he is a compression operator. I wasn’t really sure what a compression operator does, so I looked it up. I found out that “often natural gas from the wellhead must be compressed to a higher pressure in order to increase it’s pressure enough in order to get it into pipelines for further transportation to market.” So I assume that Ryan’s job is to be the person who knows when and how much to increase the pressure so the natural gas can successfully move to the pipelines for distribution. That’s a pretty important job,

because so many people depend on oil and gas products for everyday life. If thing go wrong, shortages occur. Ryan must be very good at his job, because he’s been there for a good long while.

Still, while his job is important to a lot of people, Ryan’s first priority is his family. I will never forget when Ryan met his wife, Chelsea Carroll Hadlock. Chelsea is a beautiful girl, and it took Ryan about 2 seconds to know that she was the girl for him. He never looked at anyone else from that day forward. Ryan and Chelsea were, and are, perfect for each other. They love doing the same things, and both of them are dedicated parents to their children, Ethan and Aurora. When I think of the man Ryan has become, I am very much aware of the amazing blessing he is to Chelsea and the kids. Life for them is just going to get better and better. Today is Ryan’s birthday. happy birthday Ryan!! Have a great day!! We love you!! 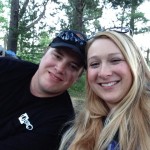 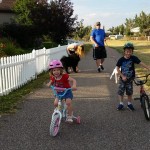 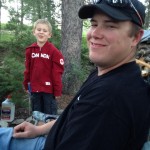