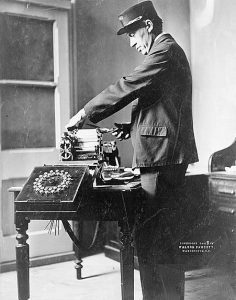 One of the more primitive forms of communication in modern times, was the telegraph. Most of us think of the wild west, and the lone operator sitting in his little office, tapping away on his little telegraph machine. We are also kind of interested in the whole thing, because he was able to write in a language the rest of us do not know, unless we are trained in Morse Code. And most of us think that with modern forms of communication, the telegraph has long been gone from history, but that isn’t so…at least not until January 27, 2006. That was the day when Western Union sent its final telegram. For many, at least for history lovers, that was a sad day. The end of another era. Gone forever.

While it is a sad day, we must move forward. Technology was rapidly advancing, and we couldn’t drag our feet. In the time it took to prepare a message, go to the telegraph office, take care of the business of payment, have the message sent, and then wait for it to be delivered, we could have made dozens of phone calls of our cell phones. The telegraph was simply a waste of our precious time. So, after 145 years, telegrams were simply gone…no fanfare, no “retirement” party, nothing…just gone. Nothing, but a small announcement on Western Union’s

website prior to the ending. It’s like somehow, such a vital form of communication for 145 years…meant nothing at all.

I’m sure that many people really don’t see why the end of the telegraph was so significant, but for me, there is a nostalgic side to it. I love history, and I am amazed at the innovation of mankind. Over the centuries many amazing inventions have come about, and many discoveries too. Humans really do have a rich history, and when apart of it is over, it is somewhat sad to me. When something that was a mainstay of our society, and just like that, it’s gone, It’s as if we have punished the technology that got us to the place we are. The telegram was just that. For many years, messages from far away…of joy and of sorrow, came to us by telegraph. And in small towns, the person delivering the message knew what it said before the receiver, because he had written it up when it came in.

We all know that Samuel Morse invented the telegraph, and then had to sell the idea, before he could get the 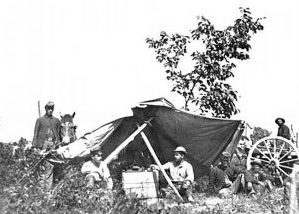 money to build what was only a dream in his head before that. Nevertheless, after showing what his machine could do, Samuel Morse was given $30,000 to build his line. The dream became a reality that would continue for 145 years. More than a year later, the first message was sent on May 24, 1844 and the country was convinced. In a partnership with several other men, Morse began the building of more and more lines, expanding the availability of the new-fangled invention. Eventually, they even had field telegraph office. I’m sure it all seemed impossible, but once Morse proved his machine, everyone was on board…at least until the next new thing came alone. That’s typical, but for the telegraph, the next big thing was a ways down the road.