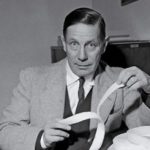 The inspiration for inventions comes from many different sources, and things we would never think could turn into something great, can surprise you. Swiss electrical engineer, George De Mestral had gone for a walk in the woods with his dog, When they got back, De Mestral found himself fascinated with the cockleburs that he had to pull off of his dog. After taking a walk in the woods with his dog, was fascinated by the cockleburs’ ability to cling to his clothes and his dog’s fur. For many dog owners cockleburs are a good reason to grumble. When their pets play outside and return with all sorts of nature stuck to their fur and feet, bringing the outside environment into their once-clean homes, people get annoyed. Nevertheless, not everyone saw this as a big problem. 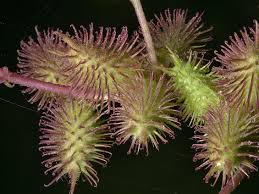 When De Mestral looked at the cockleburs under a microscope, he saw the tons of tiny hooks that line cockleburs and discovered they could easily attach to the small loops found in clothing and fur. De Mestral saw this as a opportunity to invent something useful. He experimented with different materials to make his own hooks and loops form a stronger bond. In 1955, after much trial and error, De Mestral decided nylon was perfect and thus Velcro was invented. These days, Velcro is a vital part of everyday life. We use it all the time, and give no thought to life without it.

The word Velcro is a combination of the words “velvet” and “crochet,” and was showcased in a 1959 fashion 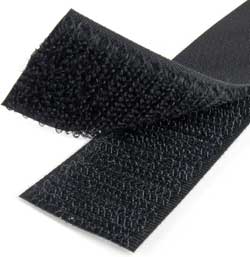 show held at the Waldorf-Astoria Hotel in New York City. However, it didn’t receive positive reviews from fashion enthusiasts. I’m sure they thought it would snag material, and pull hair, which it can do, but its positive uses far outweigh its negative issues. Nevertheless, Velcro wasn’t widely used until NASA made it popular in the early 1960s. Apollo astronauts used it to secure items that they didn’t want escaping in their zero-gravity environment. Hospitals and athletic companies eventually used Velcro after realizing the practicality of the material. In 1968, Puma was the first to use Velcro on shoes. Adidas, Reebok, and others followed suit. Today it is used in many things, including the blood pressure cuff. it has simplified our lives immensely, and to think that it was invented by accident.