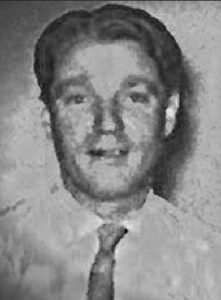 Most people have heard of, and seen, the James Bond movies. Of course, Bond is a fictional British agent, known as 007, and his character has been played by a number of actors over the years, but in reality, he is fictional. Renato Levi, who was also known as CHEESE, MR. ROSE, LAMBERT, EMILE, or ROBERTO, was a Jewish-Italian adventurer and double-agent for the British in World War II. Levi was instrumental in setting up a wireless transmitter in Cairo. The transmitter fed false information to the Axis powers over the course of the war. It was a great tool for the Allies. Unfortunately, Levi was captured and imprisoned shortly after he accomplished his mission. Levi’s “CHEESE” network helped to outflank Rommel at the battle of El Alamein in Egypt, as well as placing other, strategic misinformation that aided the Allies, including at Normandy.

Levi almost always flew under the radar, especially in the British National Archives. Even in recent books about spies and counter-intelligence, the accomplishments of Renato Levi still receive barely a mention and the specifics about his part in all this is often confused. In all reality, Levi’s files have only recently been released, and even then Levi’s, aliases “Cheese,” “Lambert,” or “Mr. Rose” seem to be identified openly only once in his classified dossier. Indeed, in his national documents, there is evidence of redaction everywhere, including Levi’s primary codename “CHEESE” has been carefully handwritten in tiny, blocky letters over white-out, in order to re-establish a place in history.

The CHEESE network, out of Cairo, took a significant hit to its credibility when Levi was arrested and convicted in late 1941 or early 1942. The British came up with an imaginary agent. “Paul Nicossof” was able to regain and retain the trust of the Germans, which is one of the most interesting features of this story. Thanks to the expert manipulations of the British Intelligence operatives controlling the wireless, the CHEESE network was considered credible again by June of 1942…just in time for “A” Force to start planting counter-intelligence prior to the commencement of Operation Bertram at El Alamein in Egypt during October of 1942. 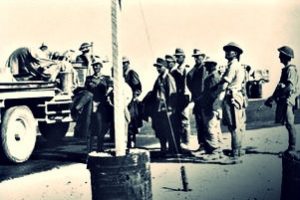 Most interesting to note are the ways that the intelligence operatives used payment schedules…or, rather, the German’s lack of payment to “Paul Nicossof”…to establish credibility about the fictitious informant’s information. “Nicossof” was portrayed as moody and inconsistent, because efforts to pay him were always unsuccessful. His “handlers” credited Germany’s inability to pay “Nicossof” as the way they were able to extend his character beyond the “impasse” that would normally constitute a non-military informant. “Nicossof” could portray himself as the “man who brought Rommel to Egypt,” which would get him paid for his troubles at last, as well as the glory and medals that went with it…all to a fictitious agent!!

Perhaps because of the British Intelligence’s efforts to make “Nicossof” convincing and because Levi was so good under duress in prison, the Germans never really lost faith in the CHEESE operative network. They were starved for information, and CHEESE held the only promise for any intelligence about the Middle East. The Germans blamed the Italians for the confinement of their only key agent in the Middle East, Renato Levi. For whatever the reason, the Germans trusted Levi, but he never broke or compromised his duty to the Allied forces.

After looking at these newly declassified documents some people have tried to press Levi into the service of a “Hero Spy” figure, but in reality, Levi was a far more complicated figure and these whitewashed narratives don’t really tell the whole story of Levi’s complexity, nor the complexity of his work. Levi’s story also reveals much about the inner workings of the German Abwehr and the nature of the Italian Intelligence operations. Levi’s British handlers speculated that it was unlikely that the German and Italian Intelligence bureaus had a great deal of communication between them. The Germans were really overly satisfied with Levi’s original purpose of 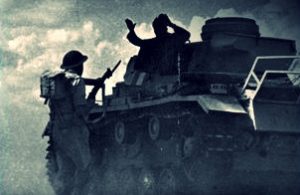 establishing a wireless transmitter network, to their detriment in the end.

It seems that Levi’s ultimate fate is unknown. It is true that the CHEESE network was in full swing throughout the war, and many have credited “CHEESE” with hoodwinking the Germans in a big way on many occasions. Perhaps Levi was again affiliated with CHEESE after his release, or maybe not. Regardless, Renato Levi, who had always loved travel, intrigue, and a really good lie, did a remarkable service to the Allied forces by instituting one of the best and most productive counter-intelligence operations of World War II, and he kept it all safe. 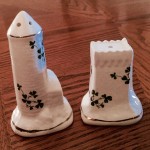 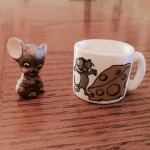