It Just Doesn’t Bother Me

Sixty years…it is an age that many people dread, but for some reason, it just doesn’t bother me. When I look at my life, I find that there are memories over the past six decades that I will always want to keep in my memory files, but would I go back in time, if I could? No, I don’t really think I would. Each event in my life had it’s time and it’s place in the years of my life, and one would not fit in with the other. Knowing what I know today, would without doubt, detract from the memory of a different time, because I would know that someday loved ones would be gone, or children and grandchildren would move away. It would only serve to dim the brightness that goes along with a memory that carries with it, a promise of the future.

Through the past sixty years, many things in our

world have changed so much that going back would feel like we just entered the Stone Age. No, I’m not as old as dirt, as some people might say, but my generation has seen the invention of the computer, the Space Shuttle and the Space Age, the cell phone, DVD players and the versions that have come and gone before them, Skype and Facetime, the internet, and so many other great inventions. People from sixty years ago…could they step across the distance of time…would have passed out at all the things we have, and yet many of those very people invented the things we have today. The price of gasoline in 1972, when I started driving was just $.36 a gallon…and we didn’t like it much then, but let’s face it, riding the strip was simply not negotiable…everyone with a car did it. It was the weekend evening pastime for every teenager, and it didn’t matter if you lived in Casper, Wyoming, or Los Angeles, California…somewhere out there was a strip, waiting 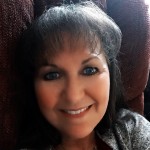 to be driven on.

Those memories, and so many others, will always live in my memory files, but I still don’t think that is the place I would want to be now, because lets face it, we’ve all moved on from that world and that lifestyle. There are other things we would rather do now. Childhood, adolescence, teenage, and even young adulthood, would all be things I just don’t want to relive, except in my memory and my stories. Besides, I kind of like where I am in my life right now. That’s because I think that each stage of life is perfect in itself. And I’m right where I want to be.