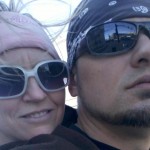 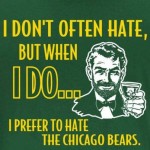 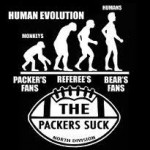 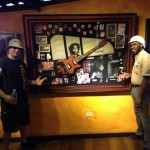 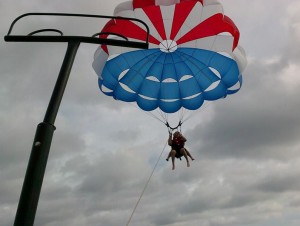 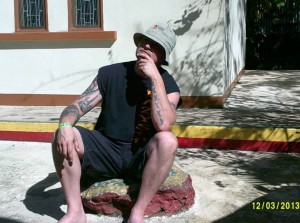 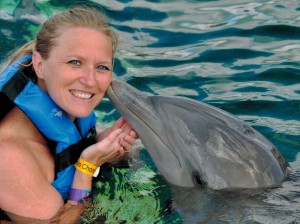 A Man Of Many Talents 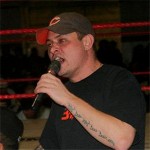 My son-in-law, Travis has always loved the world of music and radio. He is totally in his element when he is hamming it up on the radio, or at remotes that he is working. He has such a quick wit, that few people can keep up with his ability to ad lib. I suppose you could say that it is a talent born of necessity. When you are on the radio, you are basically talking to yourself for and hour or more at a time. Sure, you are talking to the audience, but they are not adding to the conversation, so you are still talking to yourself. You are then responsible to the joke and the punch line. Sure, sometimes he has a partner on air, but most of the time he doesn’t. And I’m sure that many people think that he is maybe reading a script, and I can’t say for sure that he isn’t sometimes, but being around him, off air, I can tell you that his personality…at least in the joking area, is very much like his personality on air. He is a natural comedian. I guess that is what makes him such a natural on the radio. Travis has worked at several other jobs, but none that fit him so totally, like the radio has.

Travis’ taste in music is maybe different than many people would expect of someone his age. He has always liked Rock, which is not so unusual, but for someone his age to like Blues is a bit unusual. And then, there is the fact that his all time favorite musician is Bob Marley. I have listened to a little bit of Bob Marley’s music, but as a girl who likes Gospel and Country, I guess I probably just don’t get Bob Marley’s style. And as to Blues, I never really got into that or Jazz. Travis and I can agree on Jazz, and on Opera… we both hate those!! Now if I find that I am wrong on that one, and Travis doesn’t mind, or even likes Opera…well, I’ll totally pass out.

More recently, Travis, and my daughter, Amy have found a new hobby. They discovered that they have a real interest in…wine making. I was a little surprised about that one, but my dad always liked making wine too, so I know it is fun. Some friends of theirs introduced 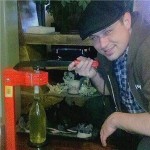 them to the process of wine making a while back and each week they get together and work on new flavors and recipes. Amy and Travis haven’t had the opportunity to taste their own wine yet, and I’m quite sure the waiting isn’t easy, but wine making is not something that can be rushed. So for now they will have to be patient, and content to work on their different flavor ideas, until the day arrives when they will be able to try their creations. They have come up with so may different flavors. Flavors like  Peach, Strawberry Orange, Asian Pear, Blackberry, and Plum, are among those wine flavors they will be trying, whenever they are ready to drink. Today is Travis’ birthday. Happy birthday Travis!! Have a great day!! We love you!!